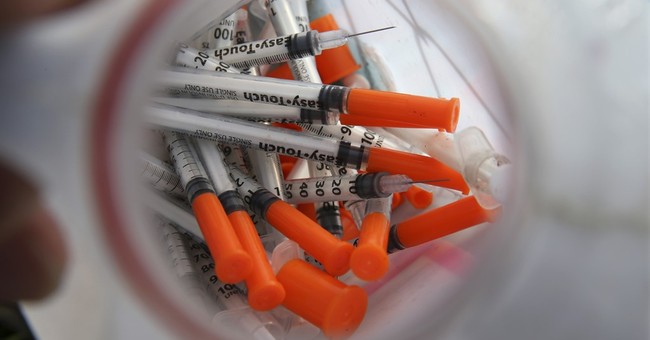 The New Hampshire Attorney General's Office announced on Wednesday that a drug dealer who sells drugs to someone that results in an overdose death will face felony second-degree murder charges. This is intended to discourage dealers from selling heroin and other dangerous drugs.

The New Hampshire Attorney General's Office has announced that dealers who sell drugs that result in the user dying will...

New Hampshire, along with other New England states, has seen overdose deaths surge in recent years. In 2015, nearly 400 people have died as the result of an overdose in New Hampshire, which is double the number from 2013.

It's not unheard of to charge drug dealers with second-degree murder if one of their clients overdoses, but it doesn't appear to be a common practice.

Second-degree murder is defined in New Hampshire as:

I. A person is guilty of murder in the second degree if:

So, while I guess one could argue that selling someone heroin or fentanyl could be considered "circumstances manifesting an extreme indifference to the value of human life," drugs aren't generally considered to be a weapon, nor are they guaranteed to cause the death of a person. While bartenders have been charged before after the death of a customer, they were generally charged with manslaughter, not murder. While drug overdose deaths are unspeakably tragic, it seems as though it's going to be difficult to actually convict a dealer of second-degree murder under New Hampshire's current statute.

The battle against addiction is certainly a complicated one. It will be interesting to see the effect, if any, this policy has.