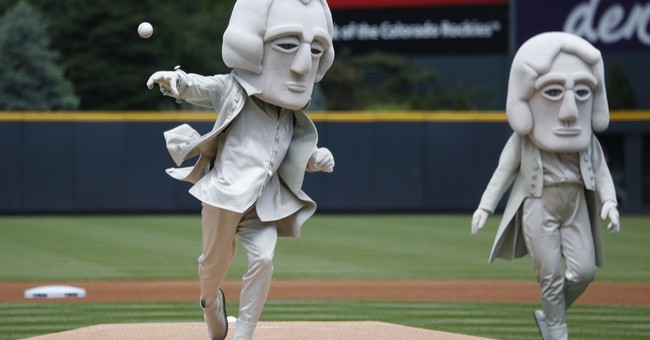 The Maine Democratic Party will no longer dub their annual dinner celebration the "Jefferson-Jackson" dinner, following a recent trend of other state groups dropping the third and seventh president from the celebration.

My colleague Matt Vespa wrote in June about the potential controversy around honoring Thomas Jefferson (who owned slaves and possibly sired a child with one) and Andrew Jackson (who, uh, did the whole Indian Removal Act thing). A large percentage of Democrats surveyed in the video Matt's post said they were perfectly fine with the name change, given that the presidents don't represent modern Democrats.

“Over the last year, the conversation has gained some more seriousness and depth and several other states have led the way,” said Kennedy. “It is an event where we honor our party, our values and our leaders, and the name of that event and everything it signifies should reflect those things as well. We have realized that the name Jefferson-Jackson does not adequately do that.”

Democratic parties around the country have long titled their annual dinners “Jefferson-Jackson,” but there has been a recent move away from that name. According to an article in The Atlantic and other news reports, at least four states — New Hampshire, Connecticut, Missouri and Georgia — have changed the name of their dinners. Party leaders in South Carolina, Iowa and Tennessee are also considering changes.

There hasn't been a replacement name announced just yet, but it's likely that it will include former Maine Sen. George Mitchell, who represented the state in the Senate from 1980 until 1995.