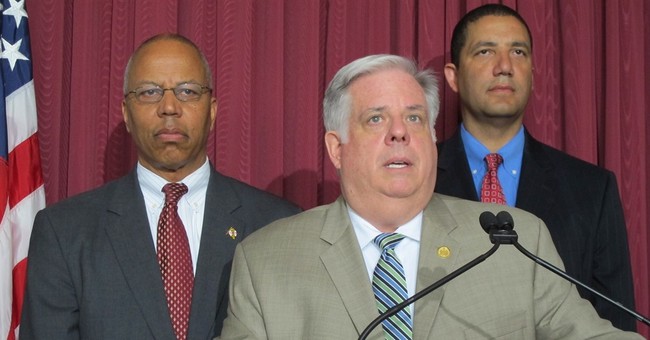 Maryland Gov. Larry Hogan (R) announced today that he was recently diagnosed with “a very advanced and very aggressive” form of non-Hodgkin's lymphoma. Hogan described the cancer as being somewhere between stage III and stage IV.

Hogan had not been feeling well for the past few weeks, since returning form a trade mission to Asia on June 6.

Despite the obvious gravity of the announcement, Hogan retained some humor and noted that he has "much better" odds of beating cancer than he did to win the Maryland governorship in November 2014. Hogan's victory over Democrat Anthony Brown was declared one of the biggest upsets of the night.

Hogan says his odds of beating this cancer are "much better" than odds he had of upsetting Democrat Anthony Brown in last year's election.

Hogan said he will remain as governor while undergoing chemotherapy treatments.