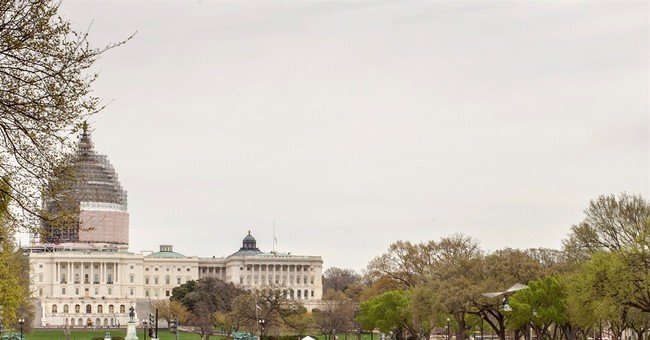 In what will likely be the strangest story I write all year, a man has been arrested after flying and landing a small helicopter near the U.S. Capitol. The man, Florida mailman Doug Hughes, was reportedly attempting to deliver a message about campaign reform.

Here is a video:

According to the Tampa Bay Times, Hughes was upset about the Citizens United decision and had penned letters to each member of Congress demanding change.

He bought a burner cell phone and a video camera, and tested a livestream video feed from his gyrocopter ( tbtim.es/gpa). He built a website offline that explains who he is and why he's doing what he's doing. He bought $250 worth of stamps and stuffed 535 two-page letters into 535 envelopes, each addressed to a specific member of Congress:

"I'm demanding reform and declaring a voter's rebellion in a manner consistent with Jefferson's description of rights in the Declaration of Independence," he wrote in his letters. "As a member of Congress, you have three options. 1. You may pretend corruption does not exist. 2. You may pretend to oppose corruption while you sabotage reform. 3. You may actively participate in real reform."