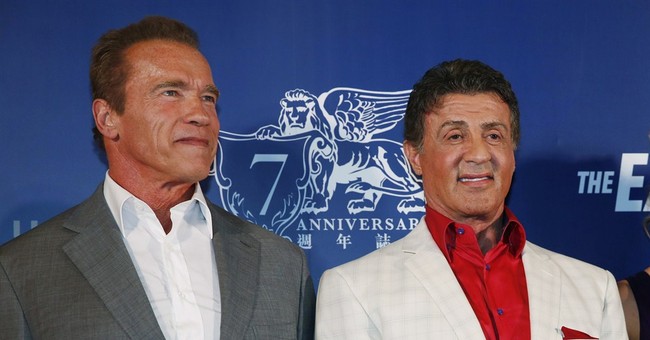 A statement condemning Hamas has been signed by nearly 200 celebrities, including Arnold Schwarzenegger, Bill Maher, Sarah Silverman, and Kathy Ireland. The letter was issued by the Creative Community for Peace, which describes itself as a apolitical, yet decidedly pro-Israel, "cross-section of the creative world."

We may not all share the same politics or the same opinion on the best path to peace in the Middle East. But we do agree that singling out Israel, the only democracy in the region, as a target of cultural boycotts while ignoring the now-recognized human rights issues of her neighbors will not further peace.

Katie wrote earlier today about babies who live in a hospital that is constantly targeted by Hamas' rocket attacks. These infants have done nothing to enrage Hamas except exist.

It's nice to know that not all celebrities are quick to jump on the anti-Israel bandwagon.