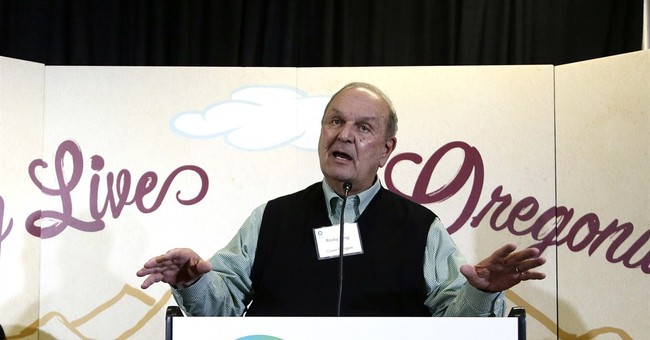 I've written before about the disastrous state of Cover Oregon, Oregon's health exchange website. Now, new evidence has emerged that could possibly send some project managers to prison.

Former state Rep. Patrick Sheehan went to the FBI with allegations that project managers used fake webpages to dupe the federal government into granting Cover Oregon additional federal grants. In order to receive funds, Cover Oregon had to prove that it had completed a certain portion of the work.

Former Republican state Rep. Patrick Sheehan told the KATU Investigators he has gone to the FBI with allegations that Cover Oregon project managers initiated the design of dummy web pages to convince the federal government the project was further along than it actually was.

If Sheehan’s allegations are true, those managers could face time in jail for fraud.

Oregon was incredibly enthusiastic about its healthcare exchange, but ran into serious issues before the exchange even opened. A delay was announced in August, nearly two months before the website was even slated to begin taking signups.