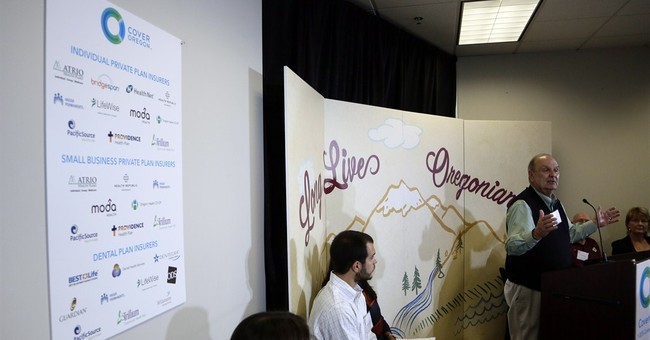 The website has been plagued by errors and glitches since launch day. While the original deadline to sign up for coverage was Dec. 15, this is apparently no longer going to be enforced as the website is still largely non-functional.

Here's a parody video of one of the music video ads. It should be noted that both this parody and the official ad have resulted in the same number of sign-ups for Obamacare in the Beaver State.

Katie Pavlich
The Reasoning Behind Gavin Newsom Hiding Key COVID Data Is Something Only a Liberal Would Thing Of...
Matt Vespa
Biden's Head-scratching Approval Rating