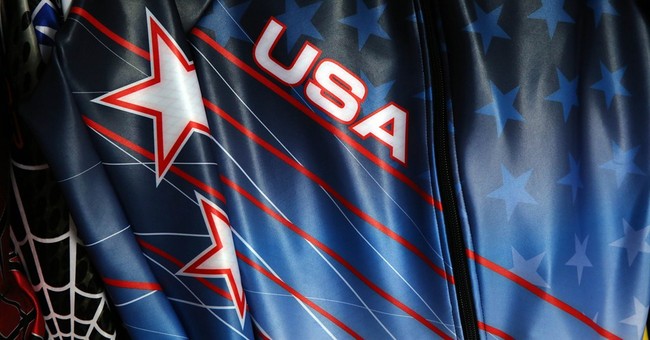 U.S. officials have already expressed concern about the safety of the Sochi Olympics, and Friday the Wall Street Journal reported that members of Team USA were being told to avoid wearing official Team USA outside of event venues to minimize any terrorist threat.

"The U.S. Department of State has advised that wearing conspicuous Team USA clothing in non-accredited areas may put your personal safety at greater risk," said the memo, which was reviewed by The Wall Street Journal.

The US is not the only country concerned with security in Sochi. Mike Smith, a goalie on Canada's ice hockey team, told reporters that bringing his wife and children to the games was "not worth it" due to the security risk. This is Smith's first Olympics.

The United States has taken aggressive effort to ensure that American athletes and spectators are safe during the games. In addition to recommending that athletes avoid Team USA gear in public, the U.S. is planning on having two warships in the Black Sea in case mass evacuations or medical assistance is needed during the games.

The games are set to begin on February 7.