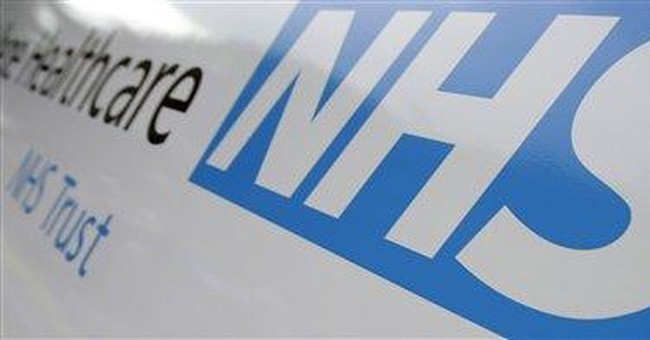 Paris Green, a convicted murderer sentenced to 18 years in prison in the United Kingdom, has been moved from her prison after it was found that she was having sexual relations with other inmates. Green, who was born as Peter Laing, is a pre-op transsexual receiving sex change therapy and surgery courtesy of the British taxpayers. Green was residing in a women's section of the prison and has been moved to the women's section of a different prison. She still possesses male anatomy.

There lies the problem in a single-payer healthcare system--it allows the state to expand. While I wrote recently about how over 100 women in the UK have aborted babies conceived via taxpayer-funded IVF treatments, it just literally boggles my mind as to how the state could have expanded so quickly. The UK's NHS is the oldest single-payer healthcare system in the world. I find it challenging to believe that the people who conceived the system in the 1940s could have possibly imagined that the NHS would eventually cover sex change operations for prisoners.

While it's certainly noble to want to provide for the healthcare of all citizens, I doubt this was the intention. Green, along with two others, tortured and murdered someone. She committed a heinous crime. Putting the UK taxpayers on the hook for her "treatment" while she continues to engage in sexual relations in jail is absolute madness.