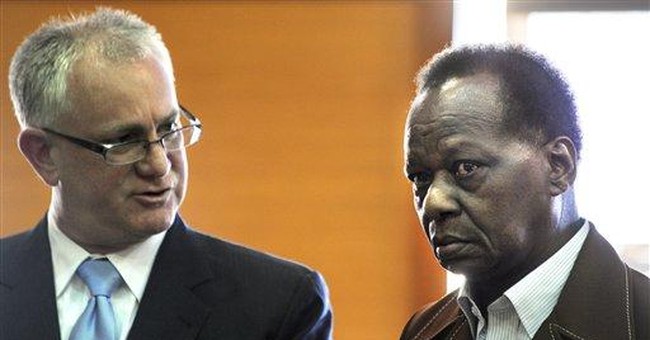 Despite White House claims in early 2012 that President Obama had never met his illegal immigrant uncle Onyango "Omar" Obama, the president admitted today that he did indeed stay with him during a three-week period in law school.

Omar Obama first made news when he was charged with drunk driving in 2011, and was recently granted permission to remain and work in the United States. At his court hearing he claimed the president lived with him briefly in the 1980s, which contradicted earlier White House claims.

“The president first met Omar Obama when he moved to Cambridge for law school,” said White House spokesman Eric Schultz. “The president did stay with him for a brief period of time until his apartment was ready. After that, they saw each other once every few months, but after law school they fell out of touch. The president has not seen him in 20 years, has not spoken with him in 10.”

The White House said Obama’s immigration case was handled “without any interference from the president or the White House.”

Never mind the fact that it makes zero sense to not go to a direct source when announcing whether or not two people know each other, but this story just seems a little fishy. I cannot understand why someone would lie about knowing a family member. (I also do not understand why an illegal immigrant with a criminal history would be allowed to stay in the United States, but that's another topic for another article.)

This makes you wonder what other lies the president has told.