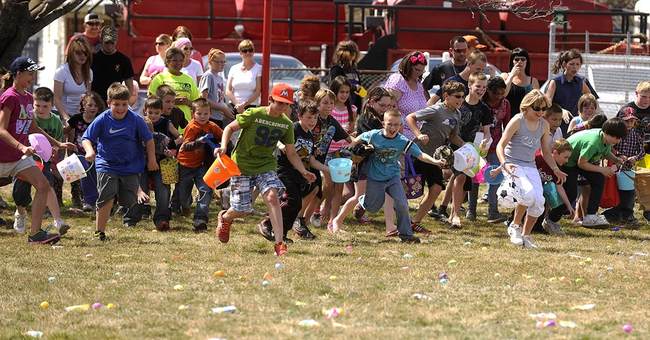 An elementary school in Nashua, N.H. has banned the game of tag at recess, claiming the game is unsafe in part due to “aggressive pushing.”

From the Nashua Telegraph:

“The traditional recess game ‘tag,’ involves one or more players chasing other players in an attempt to ‘tag’ or touch them, usually with their hand,” Beaulieu wrote in the letter posted Oct. 4. “Seems innocent enough, however the force with which students ‘tag’ varies greatly, and this game, in particular, has been banned in many schools in the United States due primarily to concerns about injuries.”

Beaulieu said the school rule for recess has always been “no contact,” and the game of tag violates that policy. The letter was posted in an effort to re-emphasize recess rules, she said.

Principal Patricia Beaulieu said the decision to ban tag came after visiting the fifth graders at lunch and asking if they had ever been “pushed aggressively” during games of tag. After most raised their hands, the ban was enacted.

Students are still allowed to play soccer, basketball, and four square at recess. Other schools have recently banned games like dodgeball or the use of sporting equipment at recess.

Personally, I find this ridiculous. Tag is mostly harmless—if a student is being far too aggressive during recess, the student should be in trouble, not the game. I managed to survive elementary school recess unscathed, and there’s no reason to enact a full-on ban of the game of tag. Let kids be kids.