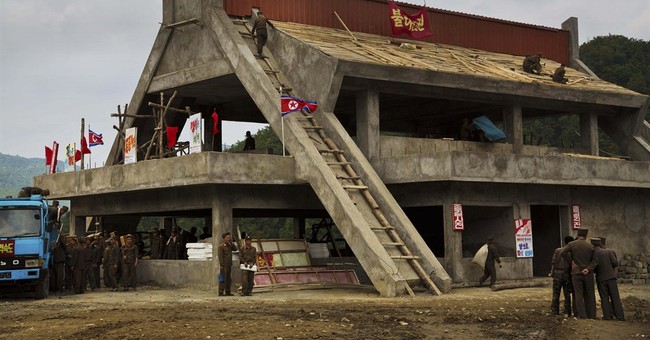 Here's a story that seems too absurd to be true: North Korea has referred to Switzerland’s refusal to sell them ski lifts a “serious human rights abuse.”

North Korea has been working feverishly on constructing its first-ever ski resort, a lavish project that young leader Kim Jong Un personally set as a top national priority. But it has hit a major snag: It can't get ski lifts because of sanctions.

Unlike nuclear weapons or medium-range missiles, North Korea doesn't have the technology to make its own ski lifts. But the countries that do make them all tend to be in the West, where new sanctions imposed in March make it illegal to sell luxury goods to the Hermit Kingdom.

Finally, North Korea tried to import from a Swiss company, offering $7.7 million for the lifts. (...) When the Swiss government blocked the deal, Pyongyang had had enough. It issued a furious response via official state outlet KCNA, declaring, ‘This is an intolerable mockery of the social system and the people of the DPRK and a serious human rights abuse that politicizes sports and discriminates against the Koreans.’

North Koreans do not have freedom of speech, press, and citizens cannot leave their hometowns without permission. Apparently, they will not be skiing any time soon either.