ABC Misleads About Ivanka’s Emails, Claims She Acted ‘Exactly’ Like Hillary Clinton Did 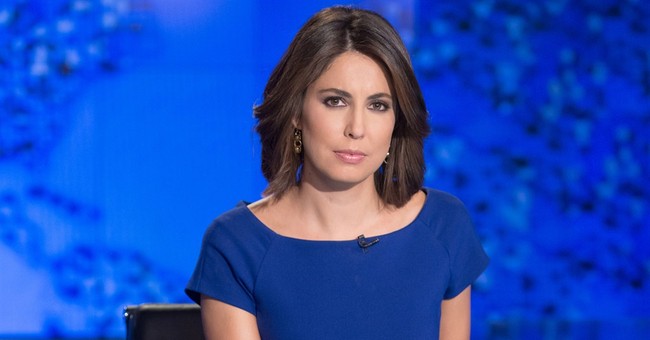 During ABC’s Tuesday broadcast of “Good Morning America,” ABC senior White House correspondent Cecilia Vega falsely reported that The Washington Post’s latest story about Ivanka Trump’s purported misuse of private email showed that the president’s daughter had done “exactly what her own father campaigned against” during the 2016 presidential race.

In her report, Vega made no explicit mention of the facts of the Hillary Clinton email scandal. Instead, the ABC reporter treated the controversy as a simple dispute about which email account the former Secretary of State should have used to conduct government business and pretended that then-FBI Director James Comey and disgraced former FBI agent Peter Strzok’s “investigation” of Clinton exonerated her of any criminal wrongdoing:

CECILIA VEGA: This morning, Ivanka Trump under fire, accused of doing exactly what her own father campaigned against, using a private email account to conduct government business.

VEGA: According to The Washington Post, the first daughter and senior advisor to the president used a personal account last year to send hundreds of emails, many of them in violation of federal records rules. Newly released emails obtained by a liberal watchdog group show Ivanka Trump contacting cabinet members, including Education Secretary Betsy DeVos to discuss things like “workforce development,” Small Business Administration Chief Linda McMahon looking for “opportunities to collaborate,” and the Treasury secretary’s chief of staff requesting “feedback and input.”

TRUMP: She routinely sent classified emails on an insecure private server that could be easily hacked by hostile foreign agents.

VEGA: However, an FBI investigation determined that Clinton should not face criminal charges.

Ivanka Trump’s defense? Her team says: “She did not create a private server in her house or office, there was never classified information transmitted, the account was never transferred or housed at Trump Organization, no emails were ever deleted…”

Now one important point we need to make here — The Washington Post says the White House counsel did not have access to Ivanka Trump’s personal email, and so it was her lawyer who determined which emails he considered to be official government business.

Of course, contrary to Vega’s dishonest reporting, the actual core of the Clinton email scandal centered around Hillary’s critics pointing out that the then-Secretary of State had illegally mishandled classified information (including both top secret and “beyond top secret” material) by retaining it on her private email server, destroyed or “lost” thirteen separate mobile devices connected to the server after FBI investigators requested to look at them, wiped the server clean with BleachBit, and lied to Congress and the American people about these actions, repeatedly issuing false exculpatory statements clearly designed to convince people that Clinton had committed no crimes. Even in the Post’s latest smear job aimed at Ivanka, no such comparable charges are levelled at her.

It is highly improbable that Vega is unaware of the basic information presented above, especially given that she interspersed her broadcast package with clips of President Trump alluding to specific examples of Clinton’s serious misconduct. Similarly, one suspects that Vega should have been able to figure out that Ivanka’s spokesman was also clearly alluding to Clinton’s mishandling of classified intel in his legal statement and making the point that those actions have no parallel to the Post’s current allegations about Ivanka.