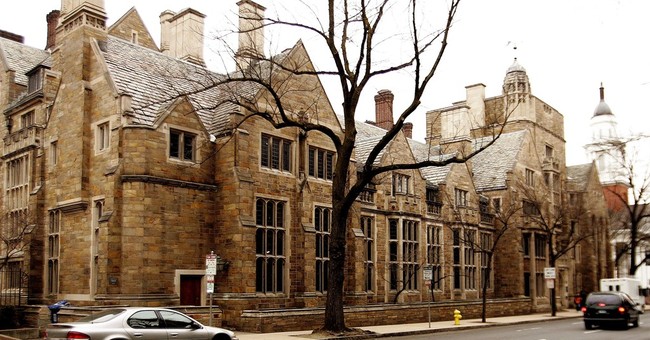 A black dishwasher at Yale University resigned after breaking a stained glass window that depicted slaves carrying bales of cotton.

On Monday, June 13, dishwasher Corey Menafee was cleaning the hallway when he decided to break the stained glass window with his broom. The glass fell onto a passerby outside, but she was not injured. Menafee was arrested and charged with reckless endangerment and criminal mischief. The University itself has declined to prosecute.

“It could be termed as civil disobedience,” Menafee told the New Haven Independent. “But there’s always better ways of doing things like that than just destroying things. It wasn’t my property, and I had no right to do it.”

Many commenters have voiced their support for Menafee’s actions. Journalist Katy Waldman, an alum of Yale, stated that the window was a source of embarrassment for the community and that most of the community likely appreciates that Menafee removed it. Many Twitter users have been supportive as well.

#CoreyMenafee is a hero for doing what #Yale should have done long ago by breaking a racist and degrading window. https://t.co/j098xdk4Eu

An online fundraiser to help Menafee in his unemployment has raised over $2,000 in only 11 hours. A petition to dismiss the charges against him has garnered over 1,500 signatures.

“It’s 2016,” Menafee said in defense of his actions. “I shouldn’t have to come to work and see things like that.”