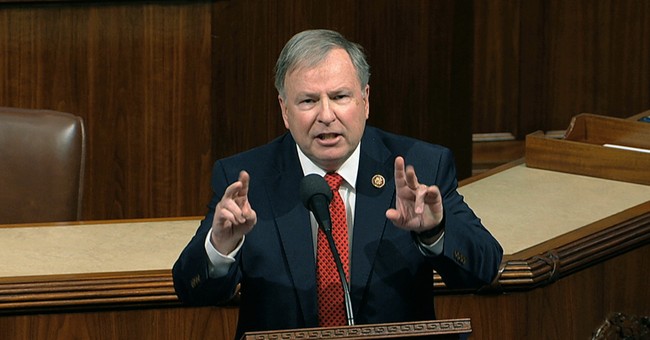 Breaking ?? I sent a letter to @Jack over @Twitter's blatant speech bias & double standards. Why does Twitter allow two Taliban spokesmen to have a platform but restricts the First Amendment Rights of former President Trump? It's past time to hold #BigTech accountable. #Taliban pic.twitter.com/6tylgmCBTz

In the letter, Lamborn questioned why Twitter allows two Taliban spokesmen to have accounts and tweet freely, while former President of the United States Donald Trump has been permanently suspended from the platform:

“You cited that the ban of Donald Trump was due to the ‘risk of further incitement of violence’ under your Glorification of Violence policy,” Lamborn wrote. “However, Twitter currently allos Taliban spokesman Zabihullah Mujahid and Yousef Ahmadi to remain on the platform.”

Lamborn accused Twitter of allowing these spokesmen to spread “propaganda updates” that mislead users into thinking that the Afghan government’s overthrow was peaceful. He cited Twitter’s “violent organizations policy,” arguing that giving a platform to the Taliban violates this policy.

Lamborn concluded the letter by asserting that Twitter has a “troubling double standard” for banning Trump while propping up an enemy of the United States.

“It is clear that Twitter has a political bias in its algorithms and a troubling double standard,” Lamborn wrote. “I look forward to a prompt reply on why a former United States President is banned while two Taliban spokesmen are allowed to remain.”

Lamborn has represented Colorado’s 5th congressional district, which contains the Colorado Springs area, since 2007. He is a member of the House Committees on Armed Services and Natural Resources.