Obama Administration: Asleep at the "Switch"? 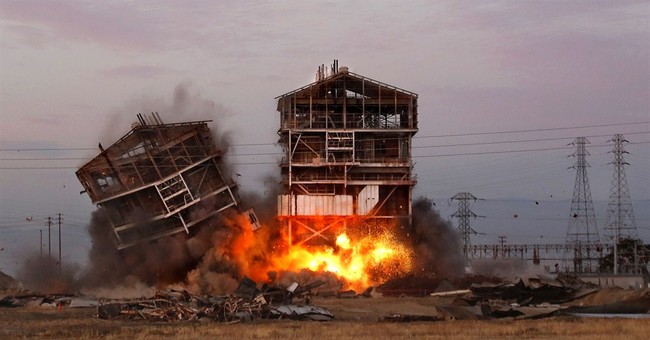 The heretofore unknown story happened last April 16. There was an armed assault on a power station in California. Just after midnight some person or persons slipped into an underground vault near Highway 101 just outside San Jose. He or they cut telephone cables—apparently professionally, in a way that would be hard to repair. About a half hour later, surveillance cameras at Pacific Gas & Electric Co. 's nearby Metcalf substation picked up a streak of light, apparently a signal from a flashlight. Snipers then opened fire. The shooters appear to have been aiming at the transformer's cooling systems, which were filled with oil. If that was their target, they hit it. The system leaked 52,000 gallons; the transformer overheated and began to crash. Then there was another flash of light, and the shooting, which had gone on almost 20 minutes, stopped.

Obviously, this is serious stuff. A bomb devastates its immediate locale, but a coordinated attack on the power grid threatens many people very profoundly. And as I read the column, I thought I remembered hearing of the accident and commenting on it here.

Perhaps these incidents at power plants are routine. Perhaps not. But can anyone say with confidence that the Obama administration is aware of these threats -- and connecting the dots?