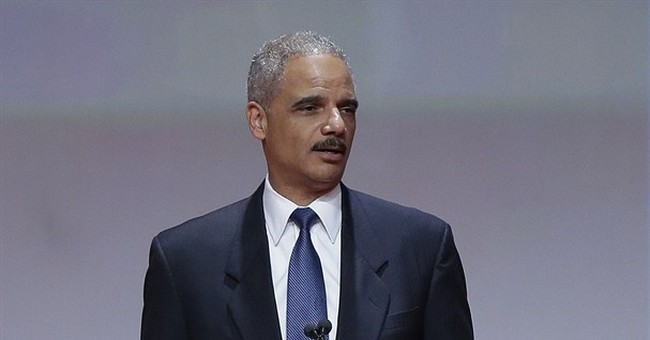 An exclusive in The Washington Times reveals that confidential tax records of political candidates and campaign donors have been accessed in four cases since 2006. ("Since" 2006 would presumably mean in 2008, 2010 and/or 2012.)

Not surprisingly, the Holder Justice Department has declined to prosecute any of them, and refuses to release any other information about them, citing (irony alert!) taxpayer confidentiality laws. The inspector general thinks three of the four cases of improper access were "inadvertent."  Given the record of the IRS, the rest of America, however, would be wise not to be so sure.
Recall that John Eastman of the National Organization for Marriage testified before Congress that it has proof that the IRS leaked its confidential donor information last year.  Is this the one case the IG has identified as deliberate, or is there far more wrongdoing than the IG has discovered? So far, we don't know . . . and if the Holder Justice Department has anything to do with it, we never will.