There Will Be One Noticeable Absence at CPAC This Year 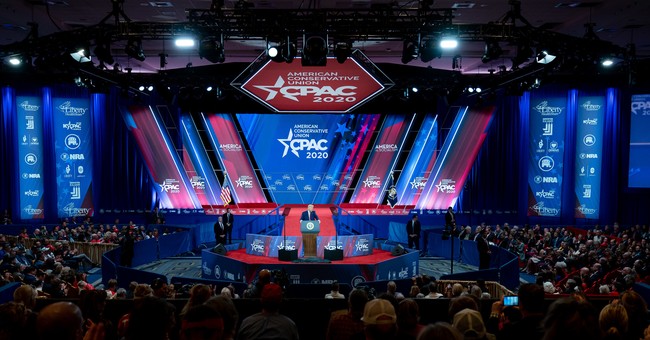 There is a notable absence at the Conservative Political Action Conference (CPAC) this year. Once-rising star and frequent CPAC speaker Nikki Haley is not among the list of conservatives slated to appear, and it's really no surprise.

Haley resigned from the Trump administration and disappeared only to reemerge earlier this month to trash Donald Trump.

Only it is happening again, on Sunday to be exact. The former president will address CPAC in a speech that is expected to rake the Biden administration over the coals for its reckless immigration policies and soft approach to China. Trump is even expected to hint at a possible 2024 presidential run, though he will reportedly stop just shy of declaring an official run.

Haley is joining a handful of other GOP politicians hoping to purge Trump and his influence from the party. But polling suggests that effort is doomed to backfire.

New polling shows the former president retains a huge influence over the GOP, at least when it comes to voters. Nearly half of Republicans say they would leave the GOP if Trump were to create a third party. Just 27 percent said they would stick with the GOP, and the rest were undecided.

Republican voters aren't looking the other way either when it comes to establishment Republicans like Liz Cheney (R-WY) who jumped on the latest impeachment bandwagon. Eight in 10 Republicans said they are less likely now to vote for a Republican politician who backed impeachment. Many of the defecting Republicans are already facing censures and new primary challenges back at home.

So it was a bad move for Haley. Trump retains a great influence on the party and the voters are loyal to him. Trump was smart to decline Haley's request for a meeting at Mar-a-Lago last week. Given all of Trump's enemies, why does he need supposed "friends" like Haley?