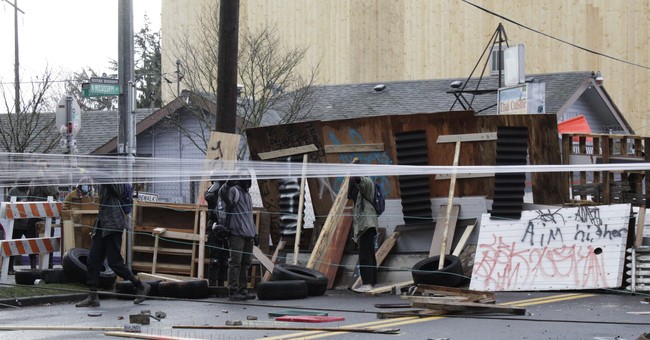 Who knew the feds telling property owners they couldn't kick out tenants who didn't pay their rent might be unconstitutional? A federal judge in Texas did, ruling on Thursday that the CDC's eviction moratorium violated the U.S. Constitution.

"Although the COVID-19 pandemic persists, so does the Constitution," wrote Judge Barker in a 21-page opinion.

Instituted under President Trump, the moratorium on evictions made it a crime for landlords to evict certain tenants who are unable to pay rent during the pandemic. President Biden and Congress extended the moratorium through March.

"The absence of an historical analog here calls to mind the Supreme Court’s instruction that '[p]erhaps the most telling indication of [a] severe constitutional problem ... is the lack of historical precedent,'" Judge Barker wrote in his opinion.

The case did not consider whether the states had the power to regulate residential evictions, something the judge acknowledges has long taken place.

Legal experts expect the case to be appealed to the Texas-based U.S. Court of Appeals for the 5th Circuit, The Hill reported.

Share this on Facebook
Tweet
College Professor Makes Wild Claim About How Many People Are Killed By White Supremacists
Julio Rosas
Here Are the 11 Senators Who Voted Against Another Unaccountable $40B for Ukraine
Spencer Brown
After Backlash, NJ School Officials Dig Their Heels in on New Sex Ed Standards