This Republican Party Gain Is the Democrat Party's Loss 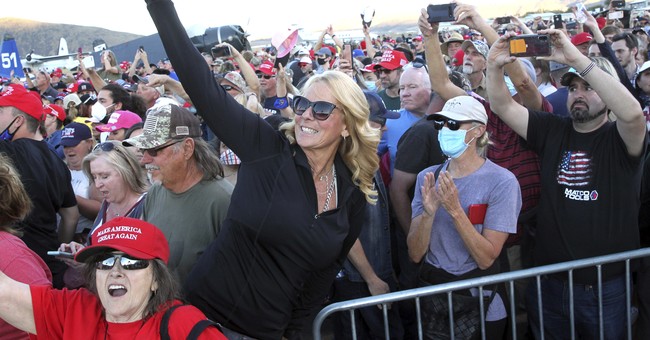 The composition of the two major political parties is fundamentally changing, according to a new poll, and it's not looking too good for Democrats.

According to an NBC News poll, the Democratic Party is bleeding blue-collar workers and those workers are quickly finding a new home in the Republican Party.

Not surprisingly, most of the growth of blue-collar workers in the GOP took place during the Trump presidency. Trump took on the Republican establishment and helped make the party more attractive to working men and women. It also helps that Democrats keep doing everything they can to alienate U.S. workers, from loosening immigration policies, nixing the Keystone Pipeline and killing jobs in oil and gas development.

So maybe this all explains why establishment Republicans jumped on the second impeachment effort as a way to prevent Trump from running the party once again. Too bad for the establishment, Trumpism doesn't appear to be going anywhere.

Nearly half of Republicans say they are willing to leave the Republican Party to join a third-party created and led by the former president, according to a new poll. Only 27 percent of Republicans said they would stick with the GOP.

The future of the Republican Party depends on wooing blue-collar workers. And it shouldn't be hard considering Democrats don't want them.