Darrell Issa, Backer Behind 2003 Gray Davis Recall, Says This Is Why Newsom's Recall Is More Important 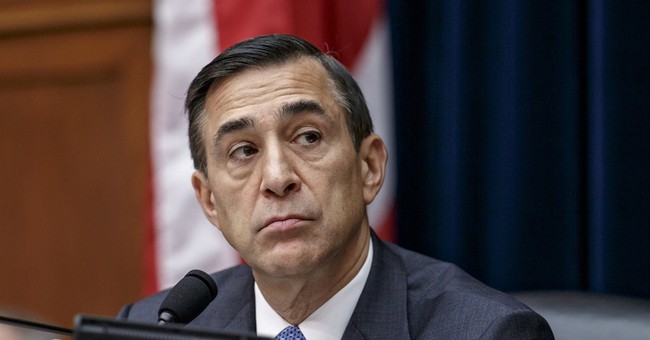 In 2003, California voters recalled then-Governor Gray Davis. Rep. Darrell Issa (R-CA) helped bankroll the 2003 effort, but the California representative says the current effort is "more important" than the one 18 years ago.

In an interview with Fox News, Issa said he believes California voters deserve an opportunity to vote on the recall question.

The California representative spent around $1.3 million of his own money to recall Gov. Davis, but Issa believes the current recall is more important because of the exodus of businesses and taxpayers from the state.

"You look at the best and the brightest and highest earners who are choosing to leave sometimes with companies, and sometimes as individuals," Issa told Fox News, pointing out that California will lose a congressional seat for the first time since 1850. "Historically, we had been a place more people wanted to come to in the nation as a whole. …Now we’re going to shrink at least one vote—I think that’s telling."

California is a dark blue state, but a recent poll found 36 percent of Californians support the recall effort against the governor, 19 percent of respondents remain undecided, and 45 percent support Newsom. Issa believes the recall effort is still worth pursuing even if the measure ultimately fails on the ballot.

Gavin's hypocritical visit to the ritzy French Laundry Restaurant in violation of his own coronavirus guidelines galvanized many supporters behind the effort. In recent days, as the recall question inches closer to the ballot, Newsom has suddenly reversed course and is now pushing for schools to reopen. The governor has also reversed course on the lockdowns. The governor has been accused of hiding data that allegedly justifies the sudden reopening.

Under Newsom, California has seen an uptick in unemployment, crime, and homelessness, as well as a faltering of the state's power grid. Despite Newsom's lockdown restrictions, among the most painful in the nation, nearly 42,500 Californians have died from the virus since the beginning of the pandemic.