Poll Reveals How Americans Feel About the Latest Migrant Caravan 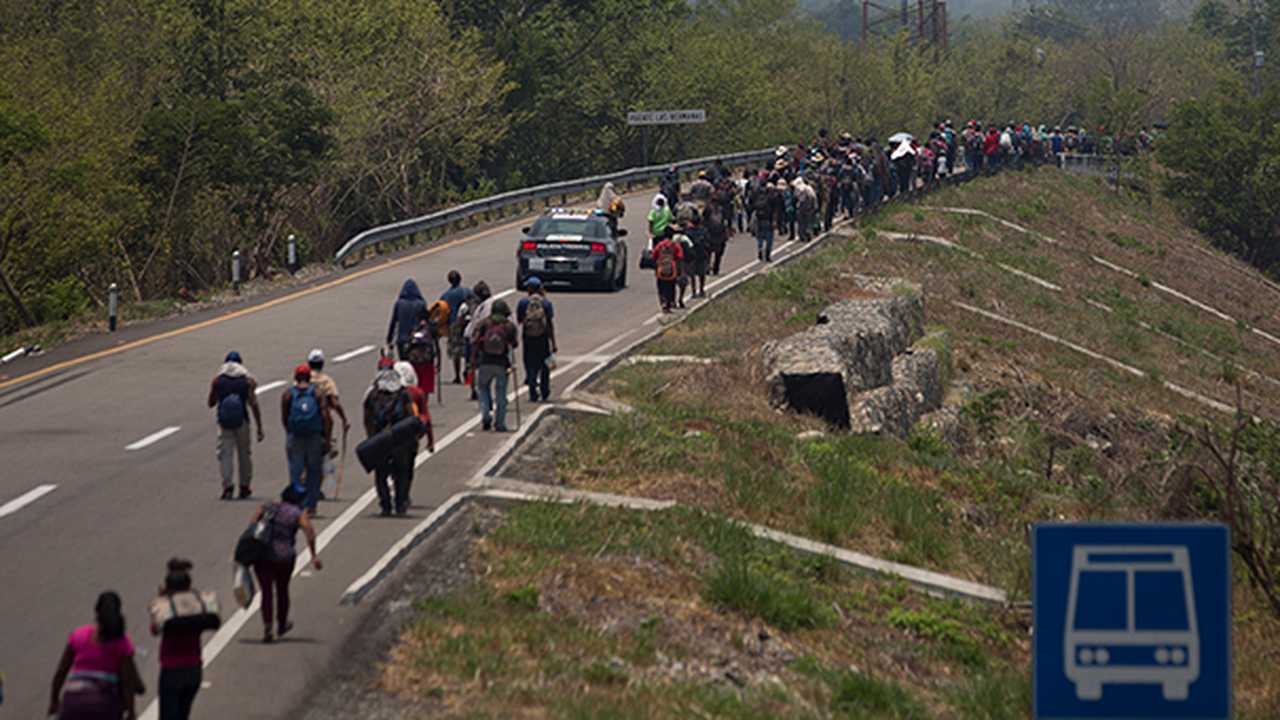 A large horde of migrants from Honduras appears hellbent on getting to the United States in time to capitalize on Joe Biden's lenient immigration policies. President Biden is reportedly planning to introduce an amnesty bill in the coming days.

A new poll conducted by Rasmussen reveals how Americans feel about the latest caravan headed to the border.

A Rasmussen poll found the vast majority of Americans want the Biden administration to stop the migrant caravan at the border.

"Sixty percent (60%) of Likely U.S. Voters in a new Rasmussen Reports national telephone and online survey say the government should stop the caravan at the border," Rasmussen announced in a report released on Friday. "That’s double the 30% of voters who believe the migrants should be allowed to enter the United States temporarily until each of their cases can be individually reviewed."

On Thursday, the Biden administration announced a deportation freeze during the administration's first 100 days and an end to the Migrant Protection Protocols policy, known as the "remain in Mexico" policy, for new enrollments.

President Trump used the threat of tariffs to pressure the Mexican government into using its military to block northern roads leading to the U.S. border and requiring migrants to remain in Mexico while their claims for asylum are adjudicated. The remain in Mexico policy successfully put an end to the migrant caravan crisis at the time. Ending the policy as the Biden administration has will likely incentivize more migrants to come to the southern border.