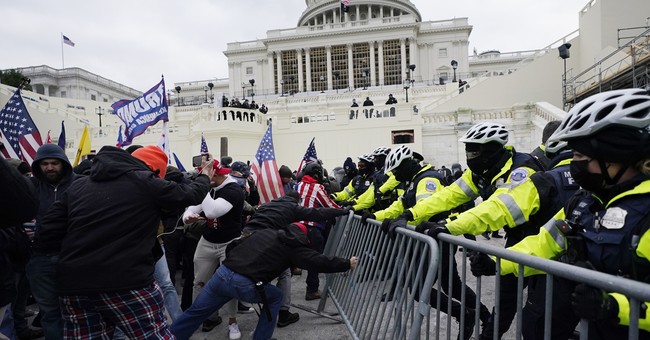 A West Virginia Republican state legislator has resigned after being charged in connection to Wednesday's riot at the U.S. Capitol.

Derrick Evans resigned from office on Saturday. The former lawmaker reportedly filmed himself inside the Capitol as the riot took place. Evans was arrested and charged for entering a restricted government building, violently entering the Capitol, and engaging in disorderly conduct, according to The Hill.

"I take full responsibility for my actions, and deeply regret any hurt, pain or embarrassment I may have caused my family, friends, constituents and fellow West Virginians," Evans said in a statement.

According to the Associated Press, Evans reportedly said, "We’re in! Keep it moving, baby," as the former lawmaker filmed himself entering a packed doorway of the Capitol.

A lawyer for Evans claimed his client had no choice but to enter the Capitol and partook in no riotous behavior.

"Evans continued to film once inside. His footage showed that members of the public were already inside the Capitol by the time he entered. Evans' footage shows no riotous behavior taking place at that time. Protesters can be seen calmly walking around," the lawyer said after the video surfaced.

Many people gathered in the nation's capital on Wednesday to peacefully protest a contentious presidential election mired in questionable changes to state election laws and allegations of voter fraud. People have every right to peacefully protest, but those who engaged in illegal activity should be punished. And don't expect Kamala Harris or Joe Biden's staff to bail you out this time.