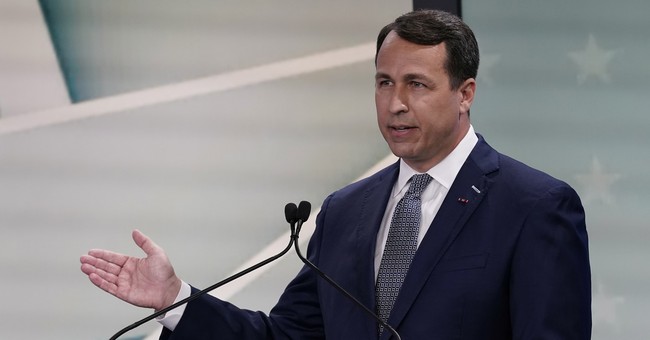 Failed Democratic Senate candidate Cal Cunningham appeared to be doing well in his bid to unseat incumbent GOP Sen. Thom Tillis in November. Cunnigham trumped progressive candidate Erica Smith in the primary and held a solid lead in polls in the months running up to the election. So, to borrow a phrase from Hillary, what happened?

While the progressive candidate who Cunningham trounced in the primary blames the Democratic Senatorial Campaign Committee for what she calls a "pattern of interfering in primaries and often elevating moderates at the expense of progressive people of color," Senate Minority Leader Chuck Schumer has a far simpler explanation.

He couldn't "keep his zipper up," Schumer reportedly explained in recent calls with party donors.

Cunningham admitted in October to sending sexual text messages to a woman other than his wife. That woman, a wife of a fellow military veteran, later confirmed to the Associated Press that she and Cunnigham had maintained a physical affair.

When reports of a second affair surfaced, a multi-year affair involving another woman, Cunnigham dodged reporters, refusing to take questions from the press on the subject.

Sen. Tillis pointed out that his opponent had built a campaign on so-called "truth" but failed when it came time to come clean about his extramarital relationships.

"You can trust me to keep my promises and I'll continue to deliver results for NC families," Sen. Tillis said in a tweet. "My opponent, on the other hand, ran an entire campaign on truth and honor but won't even be straight with you about how many affairs he's had. His entire candidacy was one big lie."

Despite the affairs, the Democratic Senatorial Campaign Committee stood by Cunningham. The race became the most expensive Senate race in U.S. history, and Tillis won the election with 48.7 percent of the vote to Cunningham's 46.9 percent.