Ex-Democrat Who Became a Republican Holds On to House Seat 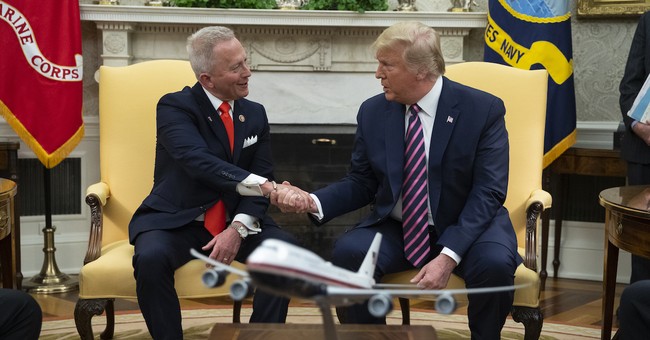 Former Democratic Congressman Jeff Van Drew, who defected from the Democratic Party after opposing the House impeachment of President Trump, has won re-election.

Rep. Van Drew (R-NJ) has won a second term to the House of Representatives. The ex-Democrat gave his full endorsement to President Trump in December 2019, and the president gave his in return.

Candidly, didn't see this one coming.

Van Drew was one of two Democrats who voted against the House impeachment articles against President Trump. The other Democrat was Rep. Collin Peterson (MN). Peterson lost his House seat to Republican Michelle Fischbach on Tuesday.

"I believe that this is just a better fit for me. This is who I am. It's who I always was," Van Drew said about switching parties at the time.

Van Drew noticed a lack of tolerance in the Democratic Party for moderate or "Blue Dog" Democrats.

The congressman's win gets even better. Van Drew prevailed over a Democratic former schoolteacher who is married to a Kennedy, former Democratic Rep. Patrick Kennedy.

Van Drew's win was the last congressional contest in the state to be decided in the 2020 election.

New Jersey's 2nd District includes Atlantic and Ocean cities in the southern part of the state. The district went for President Trump in 2016.

Democrats in the House appear to be suffering a setback as Republicans peel away seats from House Speaker Nancy Pelosi's majority. Some Democrats fortunate enough to win reelection blasted the leftward lurch of the Party for costing them seats.