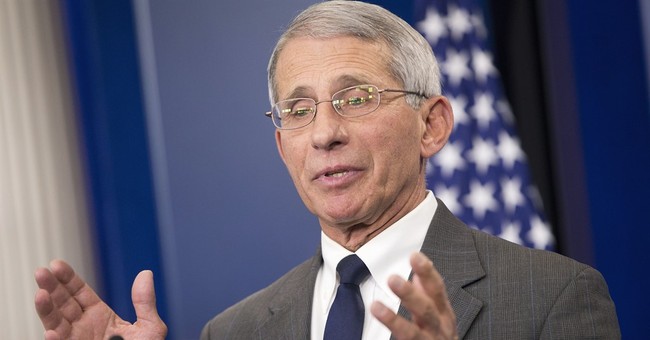 A Freedom of Information Act (FOIA) request filed by Judicial Watch and the Daily Caller News Foundation resulted in emails from the U.S. Department of Health and Human Services. The emails show that Dr. Anthony Fauci signed off on the World Health Organization's approval of China's response to the Wuhan coronavirus outbreak in late January, Judicial Watch announced on Friday.

China unleashed a deadly virus on the world and covered it up, resulting in the preventable deaths of countless thousands across the globe, including thousands right here in America.

"Looks fine," Dr. Fauci wrote, as he signed off on the World Health Organization's Global Preparedness Monitoring Board statement congratulating China on its response to the coronavirus outbreak.

"The Board commends the speed of the response so far by countries and the World Health Organization (WHO), the transparency of China in sharing information and the genome sequence of the virus, and the strong collaboration between China and affected countries and with WHO," the Jan. 30 statement reads.

House Foreign Affairs Committee Republicans published a report in September exposing how China lied to the world at the start of the pandemic, destroyed biological evidence, blocked investigations by foreign scientists, and threatened doctors and journalists who spoke out.

As Taiwan was sounding the alarm on human-to-human transmission, China was removing social media posts about the contagion and suppressing information. The WHO then opposed restrictions on international travel, allowing the virus to quickly spread around the globe.

Judicial Watch's summary of the more than 300 pages of Dr. Fauci's emails released by the U.S. Department of Health and Human Services can be found here.