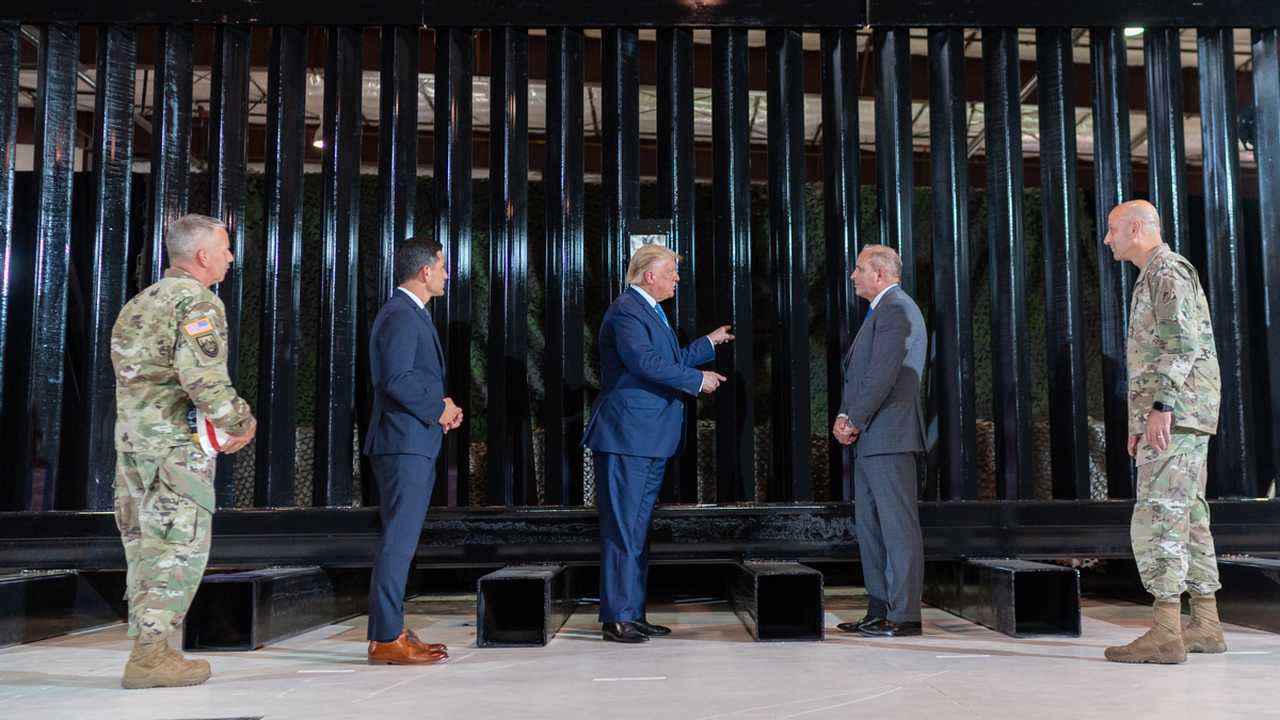 Large parts of the president's border wall are currently under construction, and illegal immigrants are seizing the opportunity to come across while they still can.

A sedan carrying 10 illegal aliens was discovered near Douglas, Arizona, on Thursday morning. A subsequent investigation found the car crossed into the United States through an area currently under construction for the president's border wall.

At 5:25 a.m., Tucson Sector agents stopped a silver Chevrolet Impala for an immigration inspection on Geronimo Trail Road. Upon inspection, agents observed seven people inside the sedan, six of them attempting to conceal themselves. Moments later, agents discovered three more inside the trunk.

All persons in the vehicle were immediately provided masks and arrested for illegally entering the United States. At the Douglas Border Patrol Station, records checks revealed that all ten, including the driver, were citizens of Mexico between the ages of 14 and 40-years-old.

During their investigation, agents discovered that the vehicle had crossed the Border through a small area of Border Wall still under construction; utilizing wood boards to drive over the already excavated footings and into the United States.

All ten people in the vehicle were expelled to Mexico under Title 42 authority.

Earlier this year, U.S. Customs and Border Protection launched an interactive online map where users can see the details of the various construction sites along the southern border. The map shows several miles of new border wall are currently under construction near the town of Douglas. According to the CBP, 360 miles of border wall system have been completed.

If elected president, Joe Biden says he would prevent another foot of Trump's border wall from being completed. Of course, Biden also plans on giving amnesty and opening the door to millions of new immigrants over the next four years, so any wall would be a meaningless symbol anyway.