ICYMI: Here's Why Three Astronauts Have Endorsed McSally and not Mark Kelly 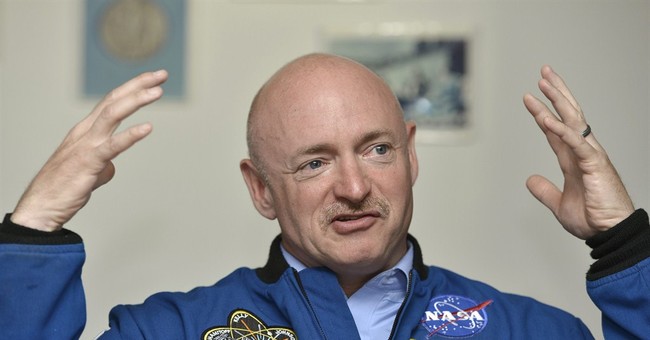 "We remember a not-so-distant past when the Air Force wouldn’t let women fly in combat. Instead of sitting down accepting the status quo, McSally stood up, fought for change and made strides for generations of women to follow her," astronauts Tom Stafford, Charlie Duke and Jack Lousma wrote in an OpEd recently published in The Arizona Central.

The astronauts say that while McSally has a record of accomplishments to point to, Kelly's positions remain largely unknown. The three are accusing Kelly of hiding his left-wing agenda behind the word "astronaut."

"But having 'astronaut' on your resume does not mean you’d be a good U.S. senator," the astronauts write. "Mark Kelly is hoping Arizonans are so impressed with his background that they ignore the fact that he’s supported radical gun control activists, that his plan for the eventual government takeover of health care would end Medicare as we know it, and that he’d vote to raise our taxes."

The astronauts argue that Kelly will answer to the radical policies of his party if elected to the Senate because his election would help Democrats take back control of the government.

"They’re planning on taking away the filibuster — the higher vote threshold to pass legislation — to push through their agenda over the objections of hundreds of millions of Americans. This is not hypothetical. Democrats laid out their strategy in plain sight," the astronauts warn.

"McSally has delivered for Arizona, while Mark Kelly embraces Democrat ideology that would be bad for our country — leaving us with less freedoms, less security and less control of our lives."

As Leah pointed out earlier, a Kelly victory could be a game-changer in the Democrats' bid to block the confirmation of Amy Coney Barrett to the U.S. Supreme Court. If Barrett isn't confirmed by election day, and if Kelly defeats McSally, Kelly could be in the Senate on November 30, which would narrow the Republican majority from 53-47 to 52-48. Democrats would only need to peel away two votes from the GOP column, then, to prevent Barrett's confirmation.