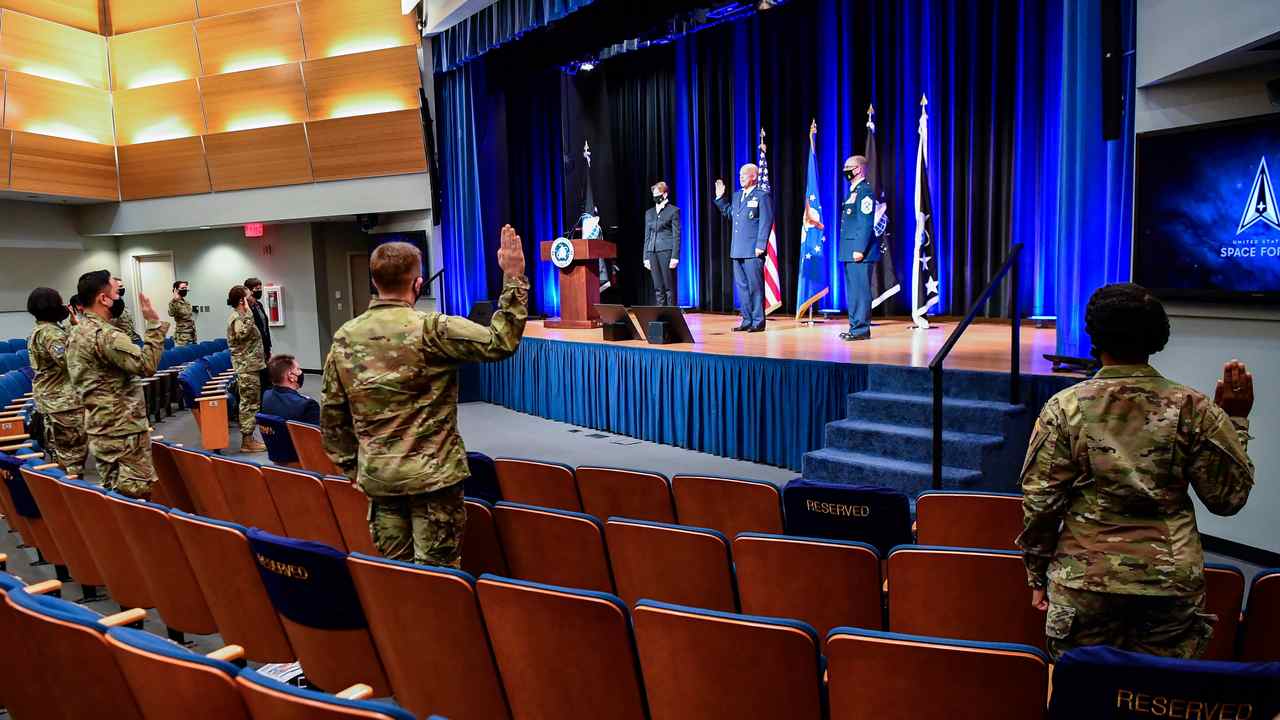 The United States Space Force, the sixth and newest branch of the U.S. armed forces, welcomed hundreds of new space professionals during a swearing-in ceremony on Tuesday.

Over 300 airmen transferred into the U.S. Space Force, many of them joining the ceremony virtually from stations as far away as Japan, Greenland, and Southwest Asia. It was a small portion of the more than 2,400 Air Force personnel who have been selected for transfer beginning September 1.

"Today, we get to do something special," said Gen. John W. "Jay" Raymond, chief of space operations and the first member of the U.S. Space Force. "We bring together Space Professionals from around the world and ceremonially swear them into the Space Force."

According to Space Force, the newest transfers are tasked with establishing "the service in organizing, training and equipping forces for space as a warfighting domain." In order to transfer from one military service to another, the service members separated from their former service and commission, or enlisted, and joined the new service in their current rank.

The transfers, from both officer and enlisted ranks, raised their right hands and repeated the oath of office or oath of enlistment as applicable.

"The future is truly in space," said Col. David Hanson, commander, 821st Air Base Group, Thule Air Base, Greenland. "Whether you are a U.S. Space Force operator or a U.S. Air Force member supporting vital space missions, it is about what we collectively do together to protect our freedoms and way of life."

In January, President Trump unveiled the logo for the U.S. Space Force. And in May, the branch's new flag was unveiled in the Oval Office. Restoring America's presence in space is a key goal of the Trump administration.