California County Reaches New Low in Cracking Down on Churches 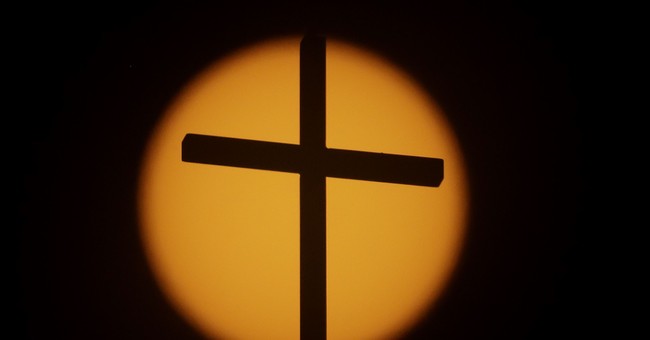 "The county understands that singing is an intimate and meaningful component of religious worship. However, public health experts have also determined that singing together in close proximity and without face coverings transmits virus particles further in the air than breathing or speaking quietly," reads a four-page letter from the county that was posted to the front door of the church, according to The Christian Post.

According to reports, the church was fined $5,000 for holding a religious service on Sunday morning and another $5,000 when the spies caught the Christians praying again on Sunday evening.

Various left-wing protests have taken place in the county. And while it's not clear if the county sent spies in to also "monitor" the lefties (highly doubtful), angry protesters have sung, chanted, shouted, and spittled as they express their hatred for the police and contempt for America.

"The County of Santa Clara Public Health Department recognizes that peaceful protest in response to the pain, anger and mourning due to deeply rooted inequities and systemic racism is a fundamental right that is critical to the health of our democracy," a media release from the county's public health department stated.

In California, the left-wing radical agenda is so important that the state has refused to place and enforce any limitations on protesters, even when the protests have turned violent. In early July, the state banned singing and chanting during both indoor and outdoor religious services but issued no similar order regarding protests.

"Practices and performances present an increased likelihood for transmission of Covid-19 through contaminated exhaled droplets and should occur through alternative methods like internet streaming," the July order from the California Department of Public Health stated.

Can't the protesters use "alternative methods like internet streaming?” Why is it only at church services that chanting and singing can spread the virus? Why aren't protesters being told to stop chanting and singing? Apparently, the coronavirus can only travel through the air when the chant is religious in nature, but yelling "fu** the police" poses no risk of spreading the virus.

In a video posted on Facebook, Senior Pastor Jack Trieber pleaded with Gov. Gavin Newsom (D) to let up on his restrictions limiting worship.

"Though health is [of the] utmost importance, spiritual health is supreme. Because we've been locked out in this county of churches, suicide is up, domestic violence, addiction is up, homelessness is up, alcoholism is up. We need to get back to worshiping God. I am commanded to worship God," the pastor said.

Instead of paying spies to monitor Christians, why don't Santa Clara leaders use their resources to tackle the homelessness and violent crime pandemics plaguing their county?