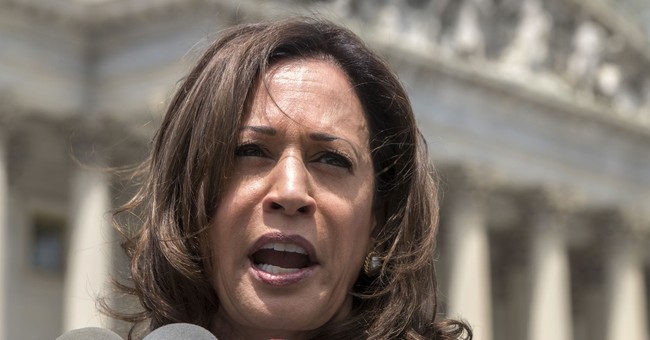 On Wednesday, Trump campaign Senior Legal Advisor Jenna Ellis tweeted out several criticisms of Joe Biden's recently-announced running mate, Sen. Kamala Harris (D-CA). Ellis criticized the Democrats for their reliance on identity politics, the zero enthusiasm Harris brings to the ticket, the senator's radical pro-abortion views, her aggressive prosecution of those who attempted to expose Planned Parenthood, her attitude towards China and other concerning elements of the senator's policies and beliefs. Ellis also couldn't help but notice that Kamala's voice sounds a lot like the fictional character Marge from The Simpsons.

Trump campaign officials spent the day insisting they are "focused strictly on talking about how Harris completes the radical leftist takeover of Joe Biden."

Meanwhile, the campaign's senior legal adviser chooses to weigh in during her speech with https://t.co/izCvVhcXM6

When the reporter accused Ellis of making an ad hominem attack and not a policy case against the senator, Ellis asked "Fake News Annie" to explain how criticizing Harris' policies in numerous tweets "is mutually exclusive to also commenting in one tweet about how annoying her voice is."

There was no response to Ellis' question from the NYT reporter at the time of this writing.

Please explain how making a solid policy case against Harris in a series of tweets is mutually exclusive to also commenting in one tweet about how annoying her voice is.

Please also clarify how you have NEVER commented or tweeted on President Trump’s personal characteristics.

If personal attacks indicate an absence of policy disagreement, then the Left must have no issues with President Trump's agenda.