Charles Barkley is Not Happy About Anti-White, Anti-Semitic Comments From Black Celebrities 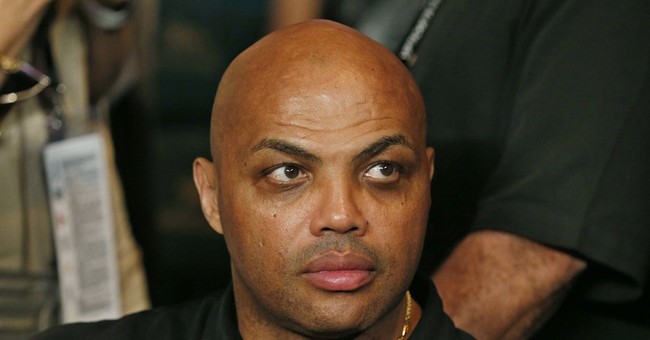 American basketball legend Charles Barkley is calling out black celebrities for their anti-Semitic and anti-white racism.

"Y'all want racial equality," Barkley began. "We all do. I don't understand how insulting another group helps our cause."

DeSean Jackson, a wide receiver for the Philadelphia Eagles, posted anti-Semitic posts attributed to Louis Farrakhan and Hitler on his Instragam. In defending that Jackson, another Jackson -- Stephen Jackson, the former NBA player -- said DeSean was simply "speaking the truth." Both Jacksons have since apologized.

Nick Cannon, the actor and TV host, said a bunch of racist things about white people and Jews in a recent podcast that sparked widespread controversy. ViacomCBS eventually fired Cannon, but not for being racist against whites, just jews.

Ice Cube was similarly accused of anti-Semitism after the rapper tweeted an image that many consider to be anti-Semitic.

Barkley wants to know how black people fighting for so-called racial equality benefit in any way by hating other racial groups.

DeSantis Is History’s Greatest Monster For Some Reason
Townhall
David French SO upset over tweet from The Blaze's Todd Erzen he called to TATTLE ... it did NOT go well
Twitchy
Ron DeSantis Schools CNN Reporter Pushing Misleading Hurricane Narrative
Redstate
The Morning Briefing: Biden's Last Brain Cell May Be the Death of the Republic
PJ Media