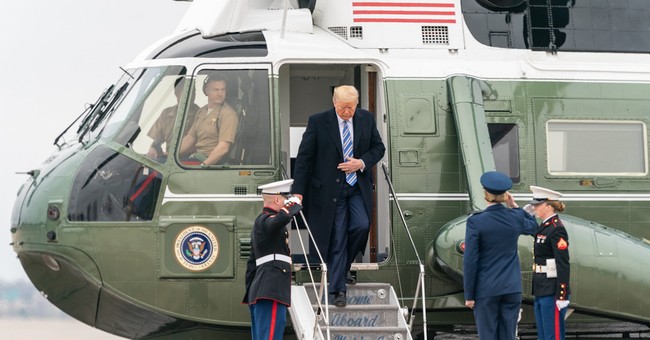 At the White House Coronavirus Taskforce briefing on Wednesday, President Trump announced new military action against the drug cartels amid the Wuhan coronavirus pandemic. The president said the drug cartels were exploiting the coronavirus crisis in order to increase drug smuggling into the United States.

"Today, the United States is launching enhanced counter-narcotics operations in the western hemisphere to protect the American people from the deadly scourge of illegal narcotics," Trump said during the briefing. "We must not let the drug cartels exploit the pandemic to threaten American lives. In cooperation with the 22 partner nations, U.S. Southern command will increase surveillance, disruption, and seizures of drug shipments and provide additional support for eradication efforts, which are going on right now at a record pace."

Defense Secretary Mark Esper said the president directed "enhanced counter-narcotics operations in the eastern pacific ocean and the Caribbean Sea." Esper said the operations are "part of the administration's all-of-government approach to combatting the flow of illicit drugs into the United States and protecting the American people from their scourge."

Attorney General William Barr also spoke, calling the cartels a national security risk and said the cartels were responsible for the deaths of 70,000 Americans who die from drug overdoses every year.

The president said the Navy is deploying additional "destroyers, combat ships, aircraft, and helicopters, coast guard cutters, and air force surveillance aircraft" to double the military's capabilities in the region.

The Sacramento Bee also reported on Wednesday that the Pentagon is sending 540 troops to help secure the southern border from migrants infected with the coronavirus.

This is a breaking news story. Check back for updates.