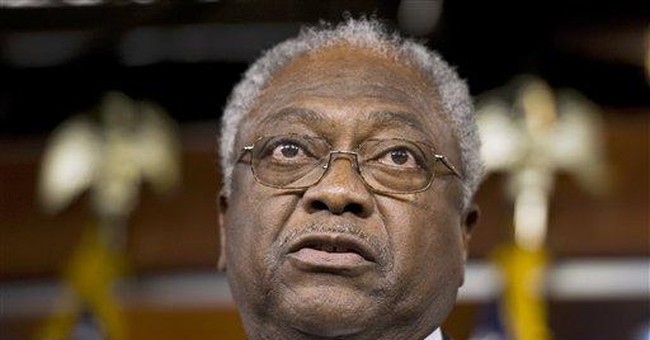 During a CNN appearance on Friday, House Majority Whip James Clyburn (D-SC) acknowledged that Democrats will not be whipping votes when it comes to impeachment and said that he expects to lose some Democratic members when it comes time to vote.

The majority whip was asked exactly how many Democrats he was expecting to lose. "Well," Clyburn said, "we do expect to lose some, and that's why I said it's a conscious vote and it's with their constituents. We have a very diverse caucus."

Clyburn used fellow South Carolina representative Joe Cunningham as an example of a House Democrat who may be voting differently than Clyburn when it comes to impeachment. "He is probably talking to his constituents," Clyburn said. "He knows where they would like to see him stand on this question, and I expect that's the way he would vote. I am not going to urge him to vote the way I'm going to vote. ... I think that when it comes to something so divisive as impeachment, we have to leave members up to their own consciences, their own constituents, and what they think is in the best interest of their love for country.”

Back in June, before the whistleblower complaint, Clyburn told CNN's Jake Tapper that he believed Trump would be impeached and it was just a matter of timing.

"All it takes is 218 votes to effectively impeach the president," Clyburn told Tapper back in June. "What Nancy Pelosi is trying to do and the rest of us in the House of Representatives is to develop a process by which we can efficiently move on this issue so that when we get to a vote it would be something that she calls 'iron clad,' I call 'effective.' And that's why we're trying to take our time and do this right."

Not sure what happened to the Democrats' whole take-our-time-and-do-it-right approach, but they have seized upon the whistleblower complaint and now want to impeach the president before support for impeachment can fall any further in the polls. But how can Democrats expect the American people to buy into their phony hysteria over Trump's phone call to the president of Ukraine when impeachment is something Democrats have been planning ever since they took back the House?