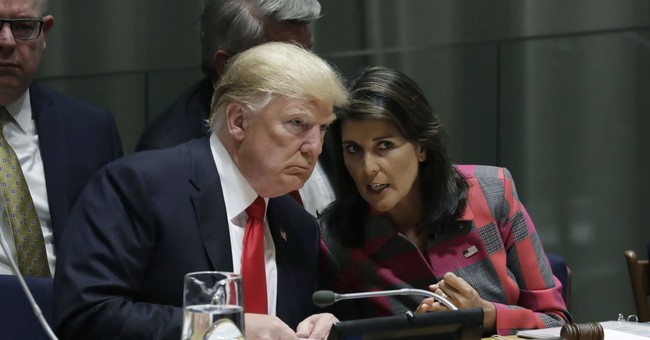 Nikki Haley, the former U.S. Ambassador to the United Nations, says two of President Trump's former cabinet officials attempted to enlist her help in order to undermine the president and "save the country," according to a report in The Washington Post.

Haley said former White House Chief of Staff John Kelley and former Secretary of State Rex Tillerson had both approached her about undermining the president, The Post reported.

Haley writes in a new book, "Kelly and Tillerson confided in me that when they resisted the president, they weren't being insubordinate, they were trying to save the country."

Haley goes on to say that Kelly and Tillerson believed that "it was their decisions, not the president's, that were in the best interest of America, they said. The president didn't know what he was doing. ... Tillerson went on to tell me the reason he resisted the president's decisions was because, if he didn't, people would die."

Rex Tillerson, asked by Chris Wallace if the President's speaks for American values on race, "The President speaks for himself." Whoa.

Former White House Chief of Staff John Kelly similarly left the White House after apparent disagreements with the president. Last month, Kelly said he warned President Trump he would be impeached if he surrounded himself with "yes men."

Haley's experience with Tillerson and Kelley confirm that senior officials in the Trump administration were actively trying to undermine the president's agenda. Haley stepped down as U.N. ambassador in Oct. 2018, and the former South Carolina governor has a new book, "With All Due Respect," that is being released on Tuesday.