Pastor Brunson on His 'Dreadful' Imprisonment in Turkey, and Miraculous Release 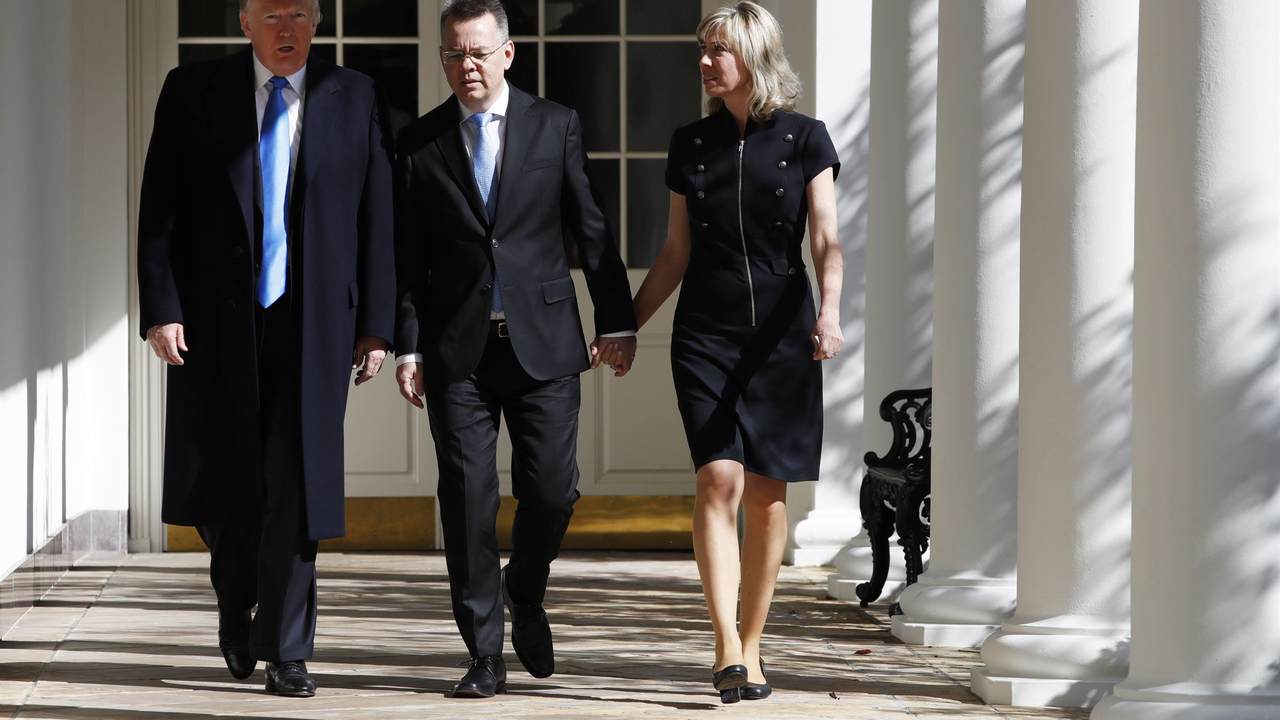 In his new book, “God’s Hostage: A True Story About Persecution, Imprisonment, and Perseverance,” Pastor Andrew Brunson shares his experience as a political prisoner in Turkey, his struggle to keep his faith behind bars, and the frightening ordeal that thrust the pastor into the focus of an unprecedented prayer movement and an international dispute over his release.

Andrew and his wife Norine had met in college, and the couple always knew missionary work was in their future. They had hoped to go to Egypt, but they still answered when their church called upon them to go to Turkey.

“We went,” Brunson recalls, “Not really excited about going there, but after the first three or four years in Turkey, God put some of his love for Turkey into our hearts, and we became tied to the country.”

But how can that be after Turkey accused Brunson of being a terrorist and locked him away for two years?

Brunson and Norine had been missionaries in Turkey for 23 years. The couple opened churches, assisted refugees, and trained fellow Christians to help spread the Word of God to the people of Turkey. Then, in July 2016, a failed coup d’etat against Turkish President Recep Tayyip Erdogan led to a crackdown by Turkish authorities. Tens of thousands of political prisoners were arrested and charged in connection with the failed coup.

When the purges began, the Brunsons were applying for Turkish visas to remain in the country indefinitely. They imagined spending the rest of their lives there, continuing the missionary work they had set out doing 23 years before.

“We didn’t do anything,” Brunson recalls thinking at the time, “so there should be no issue for us.”

Indeed, President Erdogan has since admitted that Pastor Brunson was innocent of the charges.

Brunson’s time in Turkish prisons would test his faith in God and even his will to live.

“I often struggled with suicide, and there were a couple periods where it was very intense,” Brunson recalls.

The pastor says he would have preferred heaven to a Turkish prison, “especially if it’s for the rest of my life,” he added. But Brunson was still trying to hold onto life in order to complete whatever assignment God had in store for him.

At the beginning of his imprisonment, Brunson spent a number of days in solitary confinement. For a time, the pastor had no books, no papers, and no one to talk to.

“Time passes so slow, and there’s nothing to do,” Brunson remembers. “Solitary confinement is dreadful.”

The pastor recalls a terrible feeling he felt in prison. He describes it as a deadly combination of panic and despair.

“The despair was like I have no hope,” Brunson explains, “and the panic side is I’m not thinking clearly -- and I just want to crawl my way through the concrete wall. When you have that combination,” Brunson warns, “it can be deadly because you’re not thinking straight.”

The pastor was eventually moved to an overcrowded high-security prison. He and more than 20 men shared a single cell originally designed to hold eight men.

The men sharing his cell were devout Muslims. The pastor says it was difficult for him being the only Christian in the room.

The pastor didn’t have anyone in his cell to lift his spirits, but Norine visited him as often as she could. She chose to remain by her husband’s side and do everything in her power to help him survive. Brunson credits his wife with keeping his mind straight when he was on the verge of losing it.

“I was very cut off and isolated with a lot of fear,” the pastor remembers. “And now I’m being accused of being a terrorist, so that was a very dangerous time as far as my thinking.”

When Norine told him about an international prayer movement being organized on his behalf, Brunson became hopeful. “It’s astounding actually,” the pastor recalls, “the number of people who prayed, the intensity with which they prayed, and they kept praying during my two years of imprisonment.”

He is now convinced that God had a hand in it, and the pastor sees his imprisonment as part of God’s plan for Turkey.

“This is something I taught for years,” he explains: “God will permit for the things that we trust in to be shaken so that, then, we begin to turn to Him, because otherwise we’re distracted and we don’t really pay attention to Him until we’re really in trouble.”

Looking back on events and how they unfolded, Brunson sees his imprisonment and the prayer movement as a conduit for God to do his work.

“God used my imprisonment in a way I never could have expected,” Brunson says, “and I see now that it was a great privilege; the Turkish government stole two years from me, and this is how God redeemed it.” There are more Turks now coming into churches and saying, “I don’t want to be a Muslim now -- I don’t know what I believe, but I know I don’t want to be a Muslim,” according to the pastor.

And as people across the world kept praying for Pastor Brunson, President Trump began taking unprecedented steps to secure his release. In the second part of our interview, Brunson talks about Trump's efforts to secure the pastor's release, the recent happenings in Turkey, and what he finds concerning about America today.

Team DeSantis Scores a Victory Against Jen Psaki
Townhall
'Who's going to take the shot?' The RNC has come out with its own compilation video of Democrats casting doubt on the vaccine they're urging you to take
Twitchy
Biden Spits in the Eye of the Supreme Court and Declares Himself a King With Eviction Move
Redstate
Fourth Capitol Hill Riot Police Officer Commits Suicide: Welcome to Insanity Wrap Conspiracy Central
PJ Media