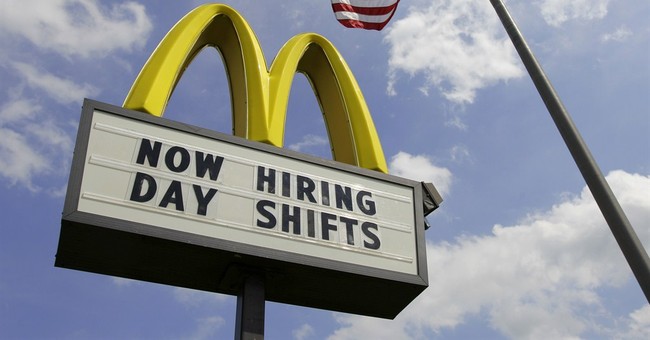 Former Rep. Katie Hill would never have made it at McDonald's. The burger giant had to fire Chief Executive Steve Easterbrook on Friday after learning of Easterbrook's inappropriate relationship with an unnamed employee.

(Via The Boston Globe)

McDonald’s chief executive left the company after violating company policy by engaging in a consensual relationship with an employee, the corporation said Sunday.

In an e-mail to employees, Easterbrook acknowledged he had a relationship with an employee and said it was a mistake.

‘‘Given the values of the company, I agree with the board that it is time for me to move on,’’ Easterbrook said in the e-mail.

There were no immediate accusations of slut-shaming directed towards the company's board.

Easterbrook owned up to the inappropriate relationship, calling it a mistake, and agreed with the board's decision that his behavior did not reflect the values of the company.

Appropriately, Easterbook did not make a long farewell address blaming everyone else for his mistakes, something Rep. Katie Hill did before her resignation.

Easterbrook did not accuse the world of having a double standard when it comes to male CEOs. He did not accuse McDonald's of capitalizing on his sexuality, and he did not pretend his personal mistakes were so much bigger than himself by claiming that a large segment of society which fears and hates powerful men had come together to force him out.

"As for my departure, I engaged in a recent relationship with an employee, which violated McDonald’s policy. This was a mistake. Given the value of the Company, I agree with the Board that it is time for me to move on. Beyond this, I hope you can respect my desire to maintain my privacy.

Please join me in congratulating Chris on his promotion. I know you will support him as you have supported me – he’s lucky to have a team of your calibre.

I will be cheering you on and know that McDonald’s will continue to do great things."