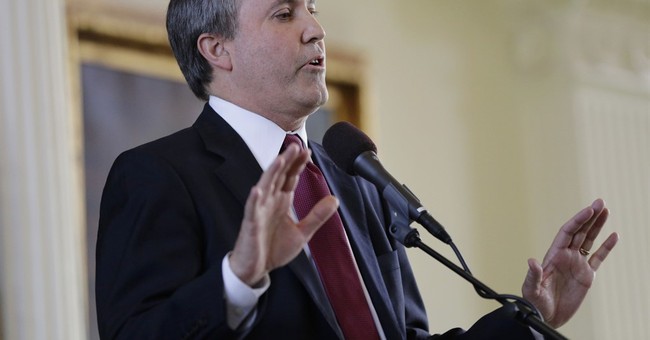 On Monday of this week, a Texas jury ruled that a father of a seven-year-old boy could not stop the boy's mother from transitioning their son into a girl. The mother insists the boy is really a girl because he likes the princess in the Disney movie "Frozen." The jury ruled that the father, Jeffrey Younger, could not interfere with the mother's decision to give their son hormones and puberty blockers in an effort to chemically castrate the boy or prevent his own son from undergoing gender-changing surgeries. Then on Thursday, the inhumane jury decision was overruled by a Texas judge, with a heart, who said the boy's father has a say in what medical procedures his own son undergoes.

Knowing that evil flourishes if good men do nothing, the Texas Attorney General's Office is now calling for an investigation of the boy's mother for the obvious child abuse of her son. Jeffrey Mateer, First Assistant Attorney General, wrote a letter to the Texas Department of Family and Protective Services imploring the department to open an investigation and use its emergency powers to protect the boy from "permanent and potentially irreversible harm by his mother."

On Monday, a Dallas jury ruled against a father who is trying to stop his ex-wife from forcing their seven-year-old son to transition to a girl. According to public reports, the mother has already begun transitioning the boy by calling him a girl’s name and dressing him in girl’s clothes. She also reportedly intends to administer puberty blockers soon, which can cause chemical castration. When the boy is with the father he acts and dresses like a boy.

The public reports and sworn testimony indicate that the child’s physical and mental health and welfare have been and will continue to be adversely affected. Indeed, court testimony from last year indicates that the Department was already aware of this matter, but has yet to take action.

As a reminder, Texas law defines child abuse to include “mental or emotional injury to a child that results in an observable and material impairment in the child’s growth, development, or psychological functioning,” “causing or permitting the child to be in a situation in which the child sustains a mental or emotional injury,” or “failure to make a reasonable effort to prevent an action by another person that results in physical injury that result in substantial harm to the child.”

The letter says, "Regardless of the pending custody dispute between the parents, the Department has a duty to conduct a thorough investigation. The children at the center of this dispute are in immediate and irrevocable danger."

Thank God for the Texas Attorney General's Office. And good thing this didn't happen in California.