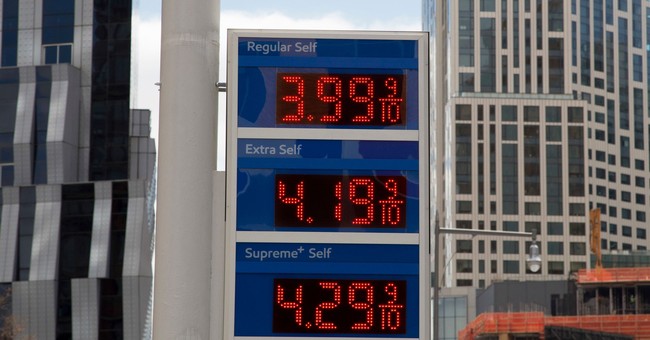 Gov. Gavin Newsom (D) is calling for an investigation into California's high retail gas prices. In a letter to State Attorney General Xavier Becerra, the governor cited a report by the California Energy Commission that blamed big oil companies for "misleading and overcharging customers," and he called on the attorney general to open an investigation.

"Based on the enclosed report, I request your office open an investigation into whether false advertising or price fixing are occurring and contributing to the mystery surcharge imposed on Californians," Newsom writes.

But, as Tim Anaya with the Pacific Research Institute writes, California's war on global warming is part of the problem.

Adopted as part of California’s efforts to address global warming, the state’s low carbon fuel standard currently adds around 16 cents per gallon to the price of gas.  And these costs will increase.  A December 2018 report by California’s nonpartisan Legislative Analyst’s office predicts that the low carbon fuel standard will increase to approximately 46 cents per gallon by the year 2030.

Separately, the controversial cap-and-trade program, which was extended by the State Legislature in 2017, is estimated to add about 13 cents per gallon presently to the price of gas, according to the Legislative Analyst’s office.  This too is expected to increase in the coming years.

Anaya also points out that Californias are paying "the highest combined state and federal gasoline taxes in the nation." The American Petroleum Institute has found that Californians now pay 80.45 cents per gallon in federal and state gasoline taxes, and the price just increased in July thanks to a tax hike passed by the State Legislature back in 2017.

Newsom's letter makes no mention of taxes or state regulations. But he already knows why gas prices are so high in California. The governor just wants to deflect the anger of drivers away from him and onto big oil companies.

If Californians want some relief at the pump, they should trying voting differently.