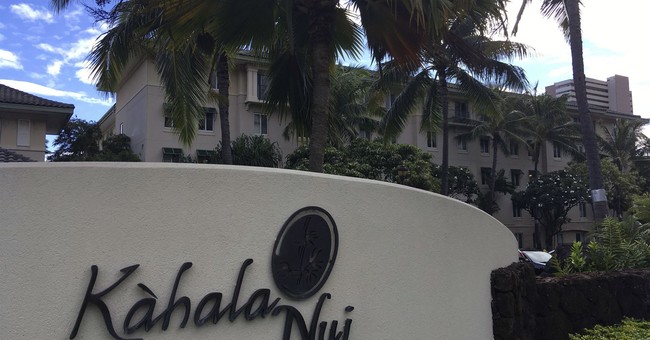 The University of South Dakota (USD) recently told the campus Student Bar Association to change the name of its annual event from “Hawaiian Day” to “Beach Day.” According to a report by Campus Reform, the university also told students they could not wear leis, calling them “culturally insensitive.”

But a Hawaiian state representative disagrees, and said he believes that some at the university have their “head stuck in a snowbank.”

Representative Bob McDermott of Hawaii addressed the situation in a Monday letter to the editor, published online in USD’s school newspaper The Volante. In the letter, McDermott argued that students wanting to wear the leis is not offensive, but honorable.

“The lei is a symbol of our Aloha spirit in Hawaii, inclusive and welcoming," McDermott wrote. "One individual’s objection to its use at a festive event is both patronizing and an insult to our island tradition."

“It is also a demonstration of ignorance about the cultural significance of the lei," the state representative added.

McDermott went on to explain that a lei is “a floral arrangement given out of love and respect on any joyous occasion”, listing such examples as graduations, birthdays, or welcoming visitors to the Hawaiian islands.

“It is part of who we are in Hawaii and we are happy to share it,” McDermott said. “Once this person gets thawed out perhaps they’ll come and visit us. We’ll put on a luau and I’ll be there to greet them, with a lei of course.”

Meanwhile, USD president Sheila Gestring has said that USD has opened an investigation to determine if the law school interim administration broke the Board of Regents’ (BOR) university policy on free speech and intellectual diversity in prohibiting students from using the “Hawaiian Day” title for their event.

“Administrative censorship of student speech and expression is a serious matter and not something USD condones without compelling justification consistent with Board policy, such as a genuine threat,” said Gestring on Saturday.

According to a press release published on Monday, Kevin V. Schieffer, president of the South Dakota Board of Regents, was pleased with Gestring’s opening of the investigation.

“The board has made it very clear in policy that neither professors nor administrators can block or unduly interfere with free speech simply because some might find it offensive,” Schieffer said in the press release. “We do no service to our students by indoctrinating them with ‘political correctness’ run amok."

The BOR’s general counsel, Nathan Lukkes, sent a memo to South Dakota university presidents stating that the board’s policy does protect “offensive, bigoted, or otherwise distasteful” speech, according to the Argus Leader.

“The goal of our universities should not be to shield students from speech they find to be upsetting, offensive, or even emotionally disturbing,” wrote Lukkes.

“Our students,” he added, “should learn the importance of winning the day by persuasion, ideas, and facts, not by obstruction or censorship.”