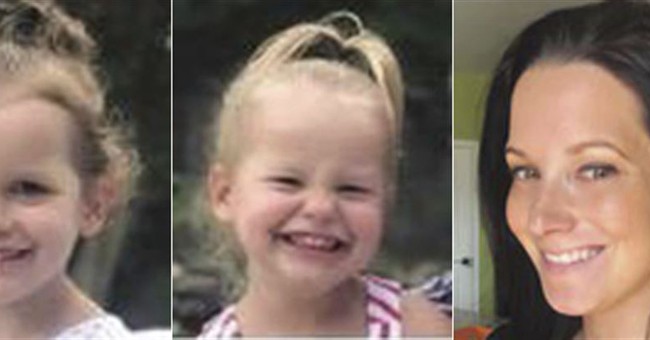 Yet again, Colorado’s progressive pro-abortion laws are standing in the way of justice.

Last week, 33-year-old Chris Watts of Frederick, Colorado was arrested for the murders of his pregnant wife and two young daughters. Shanann Watts, 34, along with daughters 3-year-old Celeste and 4-year-old Bella, had been reported missing by a family friend last Monday when Shanann failed to show up for a doctor’s appointment.

On Tuesday, Chris had told news crews that his family mysteriously vanished from their three-story suburban home, and begged for their safe return. But on Wednesday, the investigation took a different direction when law enforcement officers arrested Watts for the murders of his wife and children. Shanann Watts’ body was found in a shallow grave located in a field on Anadarko Petroleum Company property, where Chris was employed. The bodies of Bella and Celeste were discovered inside crude oil tanks nearby. Watts was fired by Anadarko on Wednesday.

Chris Watts has since been formally charged with nine felony counts that include multiple counts of murder, tampering with a deceased body, and unlawful termination of a pregnancy. His wife Shanann is reported to have been 15 weeks pregnant.

Watts claims that it was his wife who murdered their children, after learning of his ongoing affair. He is due to appear in court today.

The strange case has garnered national attention for both its twists and turns, and the gruesome nature of the crimes. It is also drawing the state of Colorado back into a contentious debate over the state’s lack of fetal homicide laws.

Colorado is one of only 12 states without such a law on the books, according to the National Conference of State Legislatures. Liberal critics of fetal homicide laws contend that such measures have the potential to restrict abortion rights.

The last time Republican lawmakers in Colorado attempted to enact legislation to allow for homicide charges in the death of a fetus was in 2015. That was when Dynel Lane lured a pregnant woman to her home, cut open her stomach, and removed her unborn baby. The child died, but Lane could only be charged with unlawful termination of a fetus because there was no evidence that the baby had lived outside of the womb.

Sparked by that case, Senate Bill 28 would have made the killing of a fetus a homicide under certain circumstances. The bill’s language stated that, "For the purposes of homicide and assault offenses, 'person' means 'a human being and includes an unborn child at every stage of gestation from conception until live birth.'"

But Planned Parenthood claimed the bill was “dangerous for Colorado women.” Cathy Alderman, who at that time was Vice President of Public Affairs for Planned Parenthood Votes Colorado, stated that, "We are concerned that any law creating fetal 'personhood' will impact access to abortion services in Colorado, as well as open a door to allowing prosecution of pregnant women." Though Colorado Republicans supported the legislation, Democrats did not. SB 28 was ultimately defeated.

But now, with the recent arrest of Chris Watts, the issue is back in the spotlight. And Colorado progressives are yet again positioning themselves against much-needed fetal homicide legislation. Karen Middleton, executive director of NARAL Pro-Choice Colorado, issued the following statement this past Friday:

"Colorado already has a very strong, carefully balanced Crimes Against Pregnant Women law that has been a model nationally. Our concern is compounding the tragedy of this case by prosecuting and criminalizing pregnant women by putting fetal personhood into law, as has happened in other states."

It remains to be seen whether there will be justice in Colorado for the murder of Shanann Watts’ unborn child.