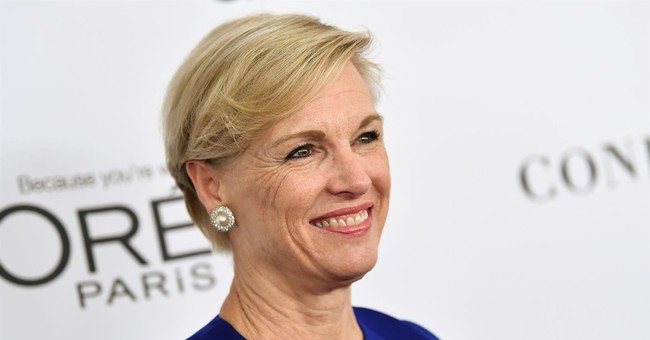 The judge (and carpooling father to two) from Washington, D.C. has a strong record of constitutional conservatism, consistently ruling in favor of things like religious freedom and the Second Amendment. It’s no wonder, then, that progressives are wringing their hands over the possibility of Judge Kavanaugh being appointed to the highest court in the land.

But while garden-variety liberals may be concerned, Kavanaugh’s nomination is perhaps most triggering among radical abortion supporters like Cecile Richards.

The former Planned Parenthood CEO and avid promoter of abortion--she is even quite pleased to have had one herself--is apparently terrified by the prospect of Judge Kavanaugh being confirmed a Supreme Court justice.

What was once the believed-to-be-settled Roe v. Wade decision may now hang in the balance.

Speaking Tuesday with liberal news outlet Democracy Now, Richards declared this to be a “very scary time” for women. Apparently the idea of allowing individual states to decide on the legality of abortion is a frightening prospect when you’re a progressive feminist like Ms. Richards, who’s made no small fortune working in the abortion industry. (As the President of Planned Parenthood, Cecile was earning an annual salary of roughly $600,000.)

One analysis, performed by the Center for Reproductive Rights and reported by NPR, predicts that abortion could be outlawed by up to 22 states, were Roe v. Wade eventually reversed.

In Tuesday’s interview, Cecile describes having been “dreading” President Trump’s nomination announcement, lamenting not only the fact that Roe v. Wade “hangs by one vote”, but also that upwards of a dozen cases concerning “reproductive rights” are presently waiting to be heard by the Supreme Court.

And this is why, to hear Richards tell it, Judge Kavanaugh’s nomination is so very dangerous: “The threats to women’s health and women’s rights are profound.”

Citing the standard liberal (and dubious--for the actual statistics simply don’t support it) “back-alley abortion” concerns, Richards also claimed that “young, healthy women died routinely” prior to the passage of Roe v. Wade. She then went on to remark that this is, therefore, a “very scary time” for women.

It should be noted that prior to his election as president, Donald Trump openly declared his intention to appoint pro-life judges to the Supreme Court, stating in a presidential debate that this would eventually (and naturally) result in the repeal of Roe v. Wade. And Judge Kavanaugh, at least according to Susan B. Anthony List President Marjorie Dannenfelser, seems to fit the bill. “President Trump has made another outstanding choice in nominating Judge Brett Kavanaugh to replace Supreme Court Justice Anthony Kennedy, keeping his promise to nominate only originalist judges to the Court,” she said in an official statement. Dannenfelser went on to describe Kavanaugh as “an experienced, principled jurist,” who has a “strong record of protecting life and constitutional rights.”

It seems that as long as Cecile Richards appears to be worried, pro-life Americans have every reason to be hopeful about what Judge Kavanaugh’s nomination might mean for the future of Roe v. Wade.