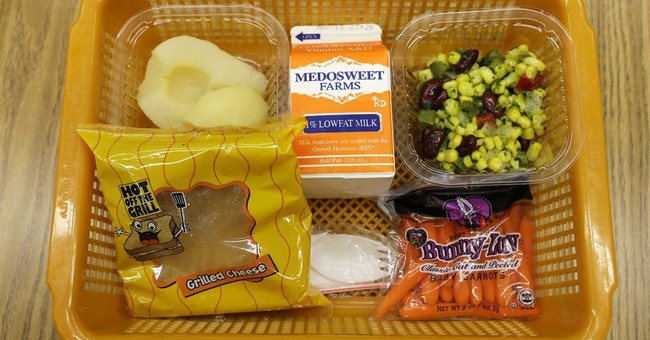 Last August, Denver Public Schools announced that not only would all student lunch debt be cancelled, but also that future failures to pay would no longer result in an alternative, “cold lunch” meal option.

Nearly one year later, the district appears to be mired in hot lunch debt.

“Lunch shaming”, the latest pet-term in education circles, refers to the practice of giving a student something like a cheese sandwich, or graham crackers and milk, if he or she is behind in hot lunch payments. Occasionally the student will also receive a stamp or sticker on his or her hand, to take home as a reminder for the parent to pay the money owed.

More and more people over the years, however, have claimed that serving alternative meals, and sending home visible reminders, are humiliating to children. As a result, laws are changing. New Mexico has gone so far as to pass legislation banning lunch shaming practices altogether, and California has legislated that schools must provide a lunch whether or not a student can pay. Some districts around the country have instituted a grace period for late lunch payments.

And it was last year when DPS made the decision to stop the so-called lunch shaming, and instead continue doling out hot lunches regardless of payment or existing debt. DPS superintendent Tom Boasberg wrote that, “We will feed every kid, every day. We know hungry kids aren’t the best learners.” DPS also offers free breakfast to all of its students.

But now, it appears the district may be in a bit of financial trouble as a result.

According to Chalkbeat Colorado, student lunch debt in Denver Public Schools has soared to $356,000--up from just $13,000 the year before. The significant increase appears to be directly tied to the policy shift, which has resulted in 900 unpaid lunches per day, on average.

Lunch shaming critics rightly point out that some of the practices primarily serve to embarrass the student--over something which he or she likely has no control. However, it is clear that in Denver, where upwards of two-thirds of students qualify for free/reduced lunch, simply allowing the debt to go unchecked has backfired.

In response, the district is pushing for more families to apply for the free/reduced lunch program, so that federal and state dollars can help subsidize the meals. And it does appear that a significant portion of the debt is indeed accrued by families who are eligible, but choose not to apply to the program. This is reportedly a particular challenge when it comes to undocumented immigrants, who don’t want to leave a paper trail for fear of their illegal immigration status being found out. It is also likely that when hot lunch is available regardless of payment received, there is a disincentive for parents to apply to the government for free/reduced lunch.

A district grant of $100,000 has been applied to the outstanding debt, but it remains unclear as to how the remaining $256,000 will paid. Denver Public Schools has until June 30 to come up with a plan.