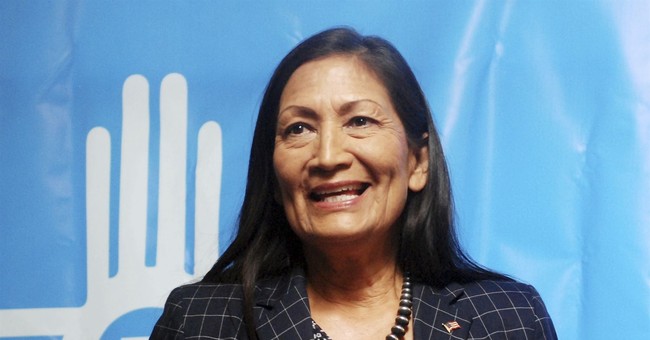 The Senate on Monday confirmed Congresswoman Deb Haaland (D-NM) as Interior Secretary with a 41-40 vote, making her the first Native American cabinet secretary in American history.

The Senate has voted 51-40 to CONFIRM Rep Deb Haaland (D-NM) to be President Biden's Interior Secretary. Haaland, once sworn-in, will be the first Native American cabinet secretary in American history.

“Secretary Haaland is a respected leader in the Congress and Indian Country, who brings a unique and important perspective to our work to safeguard America’s natural heritage," House Speakar Nancy Pelosi (D-CA) said in a statement. "As a Native American woman, an advocate and as the Vice Chair of the House Natural Resources Committee and the Chair of the Subcommittee on National Parks, Forests and Public Lands, her experience will serve her and the American people well in her new role.

A Native American at the table is long overdue

Some Republicans, on the other hand, have concerns about Haaland's stance on energy issues, particularly as it relates to drilling on public lands.

I’ve voted for several of President Biden’s nominees. But his choices to lead Interior and the EPA appear eager to restart the left’s war on domestic energy. Kentuckians know that when radical policies are on the table, it means their jobs and pocketbooks are on the menu.

"I'm deeply concerned with the Congresswoman's support on several radical issues that will hurt Montana, our way of life, our jobs and rural America," Sen. Steve Daines (R-MT) told NPR.

Native Americans in New Mexico are greatly impacted by President Biden's executive order that put a 60-day moratorium on permits relating to onshore and offshore oil and gas development. Those permits also include drilling on tribal lands. How Haaland will impact those decisions moving forward, especially given her radical climate change background, have yet to be seen.