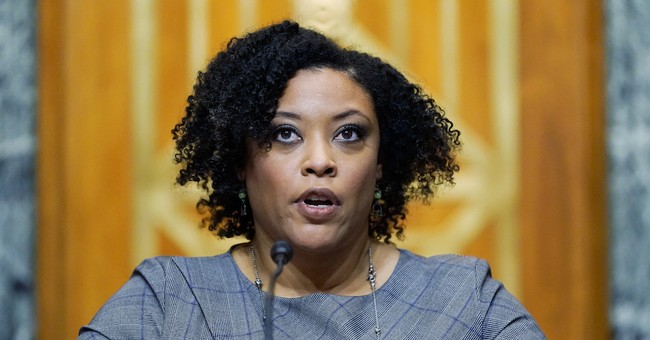 President Joe Biden's original nominee for director of the Office of Management and Budget, Neera Tanden, pulled her nomination after it was revealed that she made a number of salacious remarks about Republican lawmakers. The person poised to take Tanden's spot is Shalanda Young, who was originally picked as the nominee for the OMB deputy director position. As it turns out, Young also has a questionable (recent) past.

While Young's nomination for the deputy director position originally received little scrutiny and mostly bipartisan support, members of Congress are looking closer into her past. A statement she made on the Hyde Amendment, which prevents taxpayer funds from being used for abortion, except in cases of rape, incest or a threat to the mother's life, is what caused a number of Republicans on the Senate Homeland Security and the Budget Committees to vote against her nomination.

According to Young, women need to have access to abortion because it's considered "a matter of economic and racial justice."

“The President has spoken in favor of Congress ending the Hyde Amendment as part of his commitment to providing comprehensive health care for all women," Young wrote in her written answer about the Hyde Amendment. "Further, eliminating the Hyde Amendment is a matter of economic and racial justice because it most significantly impacts Medicaid recipients, who are low-income and more likely to be women of color.”

"This is one where our country is so deeply divided on abortion, where we've been able to come together and decide, at a minimum, let's not tell people with a deep view based on their conscience on this, that they have to pay taxpayer funds for abortion," Portman explained.

“In her written responses, Ms. Young stated that ending the Hyde amendment is a matter of economic and racial justice because its impact is felt most among low-income women of color. This is simply a statement of fact,” Peters told Roll Call. “But she also confirmed that she will follow current law, which includes the Hyde amendment. So I have a hard time following the objections of my Republican colleagues.”

Young's nomination will now go to the full Senate for a vote. If confirmed as deputy director, she will serve as acting director. White House Chief of Staff Ron Klain said Young is a "very serious candidate" for the director position, although Biden has yet to make a final decision.