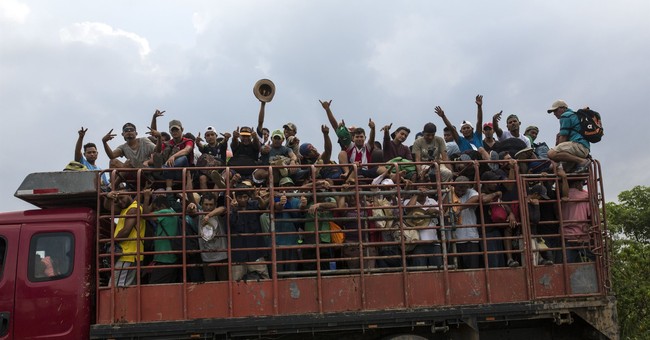 She made the comments during a press conference at the White House where the growing crisis along the southern border was addresseed.

Ambassador Roberta Jacobson, who oversees the response at the southern border, reiterated that the border is closed and now is not the time to come.

But when she spoke in Spanish to confirm that message, she said "La frontera no esta cerrada," which means it is NOT closed.

This may seem like a slip-up but it's a big deal, especially when applied to the Biden administration's lax immigration policies that rolled back Trump-era rules. One of the first policies Biden rescinded once he entered the White House was the deportation of illegal aliens during his first 100 days in office. That decision alone caused a number of illegal aliens to flock to the southern border in hopes of getting into the United States while Biden pressed pause on deportations. An illegal alien inside the country admitted as much.

To compound the situation, Biden also rolled back the Remain in Mexico policy, which required asylum seekers to stay in Mexico while their application is reviewed and processed. Both of those policies effectively say "the border is open" without coming out and directly saying so. Throw in the ambassador's "slip-up" and the crisis at the border is going to continue to surge.