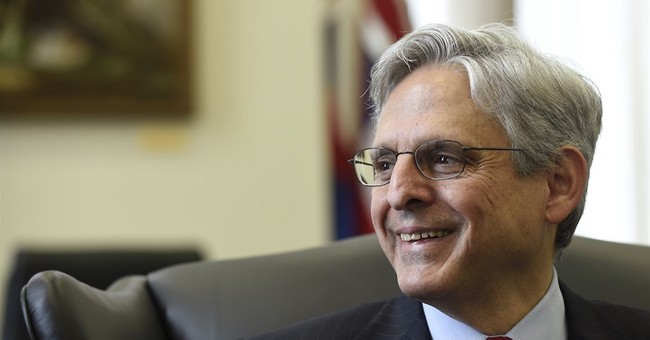 President Joe Biden's pick for attorney general, Merrick Garland, on Sunday released the opening statement he submitted to the Senate Judiciary Committee ahead of Monday's confirmation hearing. In it, Garland vowed to honor the Department of Justice's history of fighting for justice and equality for all Americans. Specifically, vowed to tackle political extremism and fight for racial equality.

"Celebrating DOJ's 150th year reminds us of the origins of the Department, which was founded during Reconstruction, in the aftermath of the Civil War, to secure the civil rights promised by the 13th, 14th and 15th Amendments," Garland explained. "The first Attorney General appointed by President Grant to head the new Department led it in a concerted battle to protect black voting rights from the violence of white supremacists, successfully prosecuting hundreds of cases against members of the Ku Klux Klan."

"Almost a century later, the Civil Rights Act of 1957 created the Department's Civil Rights Division, with the mission 'to uphold the civil and constitutional rights of all Americans, particularly some of the most vulnerable members of our society,'" the statement said.

"That mission remains urgent because we do not yet have equal justice," he wrote. "Communities of color and other minorities still face discrimination in housing, education, employment, and the criminal justice system; and bear the brunt of the harm caused by pandemic, pollution, and climate change."

Should he be confirmed in the Senate, Garland said he would use his experience prosecuting the Oklahoma City bombers to "supervise the prosecution of white supremacists and others who stormed the Capitol on January 6 -- a heinous attack that sought to disrupt a cornerstone of our democracy: the peaceful transfer of power to a newly elected government."

The attorney general pick has faced intense pressure from the far left to prosecute President Trump and others close to him for the attacks on the Capitol. The Progressive Change Campaign Committee, along with a handful of other progressive organizations, launched a petition calling on Garland to pursue charges

“If we want accountability for Trump and his criminal network, we cannot just depend on Democratic leaders,” the PCCC said in a statement to The Hill. “We need to push them. A lot.”