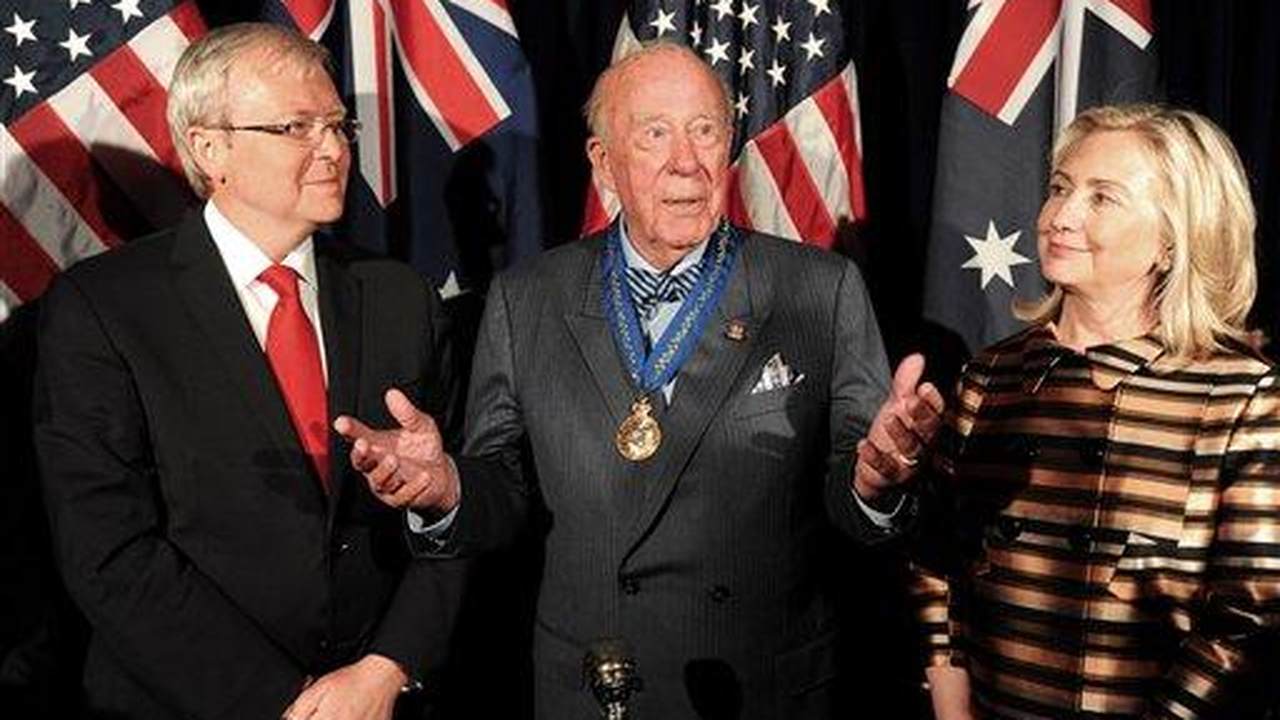 Americans across the political spectrum honored the 60th United States Secretary of State, George Shultz, who died on Saturday at the age of 100. Schultz was one of the major forces behind ending the Cold War during President Ronald Reagan's administration. His primary concern was the threat of nuclear weapons around the world.

Over the last 30 years, Shultz worked as a distinguished fellow at the Hoover Institute and professor emeritus at Stanford’s Graduate School of Business.

He published his last opinion piece back in December in The Washington Post, where he talked about what he learned over the course of his 100 years.

"I’ve learned much over that time, but looking back, I’m struck that there is one lesson I learned early and then relearned over and over: Trust is the coin of the realm. When trust was in the room, whatever room that was — the family room, the schoolroom, the locker room, the office room, the government room or the military room — good things happened. When trust was not in the room, good things did not happen," he wrote. "Everything else is details."

Heartfelt condolences to the family of Secretary George Shultz. He was a true Marine by countenance, determination & strength. An American patriot always. His counsel to me was generous & wise — his love of freedom always evident. Well done sir, may the Lord be with you always. pic.twitter.com/nctLGY3wbA

I remember waiting in a conference room with Schultz to receive Gorbachev at Stanford. I was so excited to meet Gorbachev. I'd last seen Schultz at the Iran-contra hearings & I wondered if he remembered. I was very impressed with him at the hearings, esp after hearing Poindexter https://t.co/QzLawd7kTf

It was an honor to have known Secretary Schultz. He served as the CAGOP’s Honorary Finance Co-Chair and was a loyal supporter. As a former cabinet Secretary multiple times, Secretary Schultz lived a life filled with adventure and success. pic.twitter.com/Baw5LYcQt0

"You inspire me with your loyalty and friendship. I tell people I am not a self-made man, and that's because of people like you. You were right there when I ran for Governor, giving me your support and also the best advice anyone could ask for," the former governor wrote.

When I ran for Governor, he was the first to support me. He became one of my most important supporters & advisors. Instead of going on about how he filled every room he entered with joy & wisdom, I’m sharing the letter I sent him on his 100th birthday. I will miss you, George. pic.twitter.com/sFofOZlGXj

Even reporters from lefty outlets were saddened by the news.

Sad to hear George Shultz, secretary of state under Ronald Reagan, secretary of labor for Richard Nixon, has died at 100. His life mission was reducing nuclear arms. I last spoke to him a few months ago. He was still at it from his perch @HooverInst. RIP. pic.twitter.com/HZIPpbPVNV

George Shultz was thoughtful, analytical, and committed to working in a world of facts and complex truths. Recently, the climate crisis was something about which he cared deeply. To the end, he was dedicated to a better and more secure nation and a more peaceful world. RIP.

A hero and patriot in all of the posts he held: as a Marine, later at Labor, OMB, Treasury and State. Alan and I send our condolences to his beloved wife Charlotte: George P. Shultz, counsel and Cabinet member for two Republican presidents, dies at 100 https://t.co/sXJ10gG3mN