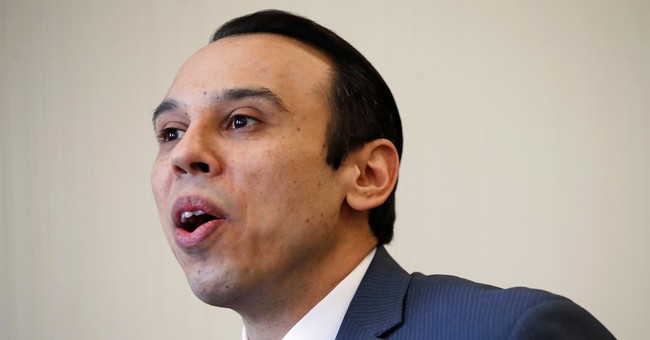 Before leaving office, President Donald Trump reappointed Roger Severino to the Council of the Administrative Conference of the United States (ACUS), where he is to carry out a three-year term. Severino received his commission on Jan. 16, just days before President Joe Biden was inaugurated. In a newly-filed lawsuit against the Biden administration, the Trump appointee claims he was threatened with termination from the board if he failed to resign, something Severino says is illegal.

"Yesterday, Mr. Severino received an email from Gautam Raghavan, the deputy director of the White House Presidential Personnel Office. The email was sent 'on behalf of President Biden,' and it asked Mr. Severino to resign from the Council by 5:00 p.m. today. Mr. Raghaven warned Mr. Severino that if he did not resign by that time, his 'appointment to the Council will be terminated,'" the lawsuit states.

According to Severino and his team, the appointment is no Constitutional basis for the appointees removal.

"The statute governing ACUS provides that Mr. Severino’s term on the Council lasts for three years, and the statute makes no provision or allowance for at- will Presidential removal," the lawsuit reads.

Severino, who has been on the board since Aug. 2020, previously served as the head of the Health and Human Service's (HHS) Office of Civil Rights. In that role he was responsible for carrying out President Trump's socially conservative agenda, including protecting health care workers who objected to providing abortions and upholding religious liberty.

According to the Trump appointee, the administration's move to get rid of him lacks the "unity" Biden has called for.

"President Biden's attempt to remove me contrary to law exposes his lofty promises of healing and uniting all Americans as nothing more than cynical manipulation," Severino said in a statement. "Because I am not one to be bullied, not even by the President himself, I will not resign my duly commissioned post and look forward to seeing how President Biden tries to justify his vindictive actions in court."