Clyburn: Here's When We Will Introduce Articles of Impeachment 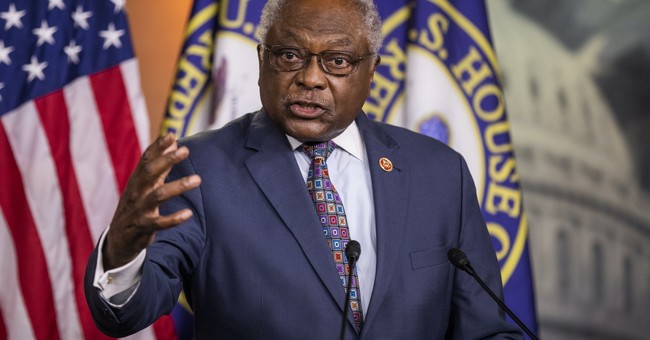 House Democrats plan to introduce articles of impeachment against the president sometime this week, accusing him of "incitement of insurrection." According to House Majority Whip James Clyburn (D-SC), the House has other potential Articles in the works, especially related to President Donald Trump's call with Georgia Secretary of State Brad Raffensperger (R).

Clyburn explained that Democrats are planning to move forward with articles of impeachment in the House but they would likely wait until after President-elect Joe Biden's first 100 days in office to send the articles to the Senate. This would give Biden time to work on his policy agenda before the focus shifts to an impeachment trial in the Senate.

"We'll take the vote that we should take in the House, and [House Speaker Nancy Pelosi] will make the determination as to when is the best time to get that vote and get the managers appointed and move that legislation over to the Senate," the House Majority Whip explained to CNN's Jake Tapper. "It just so happens that if it didn't go over there for 100 days, it could – let's give President-elect Biden the 100 days he needs to get his agenda off and running, and maybe we'll send the articles sometime after that."

Part of the reason the House is likely to wait to deliver the articles is because of the timing. The Senate isn't scheduled to conduct any official business until Jan. 19. There will be two pro-forma sessions – short sessions where very little business actually takes place – on Jan. 12 and 15. The only way articles of impeachment could be entertained on those days is if all 100 senators are in agreement, a memo from Senate Majority Leader Mitch McConnell (R-KY) previously stated. Unanimous consent is very, very unlikely. Plus, when Chuck Schumer (D-NY) takes over the Senate as Majority Leader, there will be a 50-50 split in the Senate. Incoming Vice President Kamala Harris will be the tie breaking vote.